Both ENDS signs request for restriction of emission allowances

Both ENDS, the World Wildlife Fund and CDM watch are signatory to a letter  sent to Secretary Joop Atsma of the Dutch Ministry of Infrastructure and Environment, drawing attention to the problem of surplus emission allowances. These allowances permit countries and companies to emit greenhouse gases and other harmful gases. Emission trading stems from the Kyoto Protocol that was drawn up in 1997 and will expire by the end of this year. Many countries have not used all their emission allowances and want to transfer them to the future. According to the three organizations this will be damaging: new investments in climate-friendly development will lose urgency for many countries.

In accordance, the letter is an appeal to the Dutch government to support the proposal by China and the G-77 to minimalize and eventually depreciate emission allowances (such as Assigned Amount Units). If the number of allowances is limited, it becomes disadvantageous for companies to emit gases, which in turn is supposed to lead to the greening of production processes and investments in renewable energy. But by the end of this year, with the expiry of the Kyoto Protocol, there will be many of these allowances left which countries can distribute freely.

The signatories of the letter rather see these rights disappear completely. They feel that these kinds of measures distract from new investments in climate-friendly developments in the South. Besides, the price of the emission allowances is too low at the moment: developing countries barely benefit from selling them, and rich countries are not encouraged to reduce emissions.

On October 25 the Dutch government has the possibility to take position and help the proposal to be adopted by qualified majority within the European Environment Council. 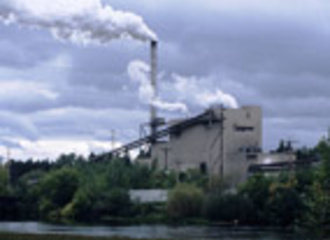