This year's climate conference had a lot of side-events about gender. Gender is about women and men, not their biological differences, but the differences in for example their roles, their needs, their rights and their access to decision making.

Climate change affects women differently
The poorest people of this world are hit the hardest by climate change, because most effects of climate change can be seen in poor tropical countries. Poor people have little or no means to restore after losing their harvest, home or family. They have no savings and no insurances. Of the poorest, a majority is female. Therefore women are affected worse by climate change.

In addition, women and men feel climate change in different ways. For example, less rain means women and girls have to walk longer distances to fetch water, which is often their task. Girls have less time to go to school or do their homework. Sometimes women have to walk 4 hours a day to fetch water. 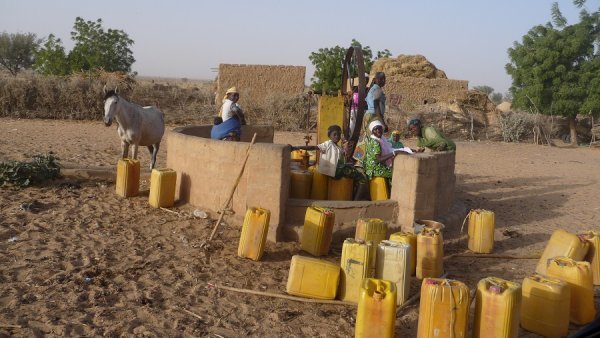 In the climate treaty of 1992, which was followed by the Kyoto protocol, this gender aspect was not taken into account at all. It did not mention people at all, let alone men and women. It only mentioned todays and future generations.

Later on, gender became a topic in the climate process, culminating in a working program about gender that was introduced on the conference in Lima in 2014. There were a workshop and a report. Here in Marrakech, this working program was prolonged for another 3 years and an action plan will be set up.

Gender needs more than just ticking the box
But is this going to help? In one of the many side events I heard someone say that gender often is added in the end: "Ticked the box, done, that's it."
If you really want to take the differences between men and women into account, if you want to make sure that both men's and women's are heard in decisions about their land, their future and climate actions, you have to ask them what they need. Women have to be involved in the decisions that affect them.

Because women have other roles and tasks than men, like for example producing food crops for their families, picking the seeds for next year, making traditional medicine from herbs and plants, they have other knowledge than men. This knowledge can be a crucial element for climate action. This is a second reason to listen to women more often.

Are we all mermaids?

Boom! Suddenly I woke up. Women the caretakers? Isn't that one of those gender roles that is imposed upon us? My husband is a good caretaker as well. Will he also get a fishtail now? I was confused.

Connected to earth
I believe that all human beings - women and men, are connected tot he earth. Dutch scientist André Kuipers flew to the moon, saw our beautiful blue planet from space and felt terrible. He realized that he needed to be on earth, the ecosystem that we belong in as humans. Women and men. We can't live without the earth.

So let's take good care of the earth and of ourselves, of mermaids and mermen.