Home
>
What's new
>
News
>
A green and fair recovery from the crisis?

A green and fair recovery from the crisis?

How will our continent look like in the near future and, above all, how do we want to improve Europe? What is the role of European trade policy and tax evasion? Can Europe emerge from the crisis fair and green? In short, what is the future of Europe?

Debate 1 : Environment , Climate and Energy
Europe could take a more forceful stand when it comes to its policy on the environment, climate change and energy. In the coming months important decisions are to be made on shale gas and biofuels, amongst other issues. What solutions are durable and feasible at the same time? In short, what are the real solutions?

Debate 2 : Corporate responsibility
The poor and dangerous working conditions in the textile industry in Bangladesh demonstrate that trade between Europe and other countries  is not always carried out in a responsible fashion. How will the candidates for the European Parliament ensure the transparency of European companies and their commitment to a living wage and decent working conditions in the international value chain?

Debate 3: Trade
What do the candidates think about the free trade agreement between Europe and the United States and the implications of regulatory harmonization? What about the far-reaching protection clause for investors that may be incorporated in the agreement? What do they think about the democratic process  in Europe? Are there alternatives to the current European trade and investment policy?

Debate 4: Tax Justice
The EU is losing billions to tax evasion and avoidance every year. Companies are able to shift their profits across borders in such a way that they end up paying too little. As a transit country, the Netherlands plays a significant role in the tax avoidance strategies of companies. More transparency is needed to ensure that companies pay their fair share in taxes. And what about  shell companies, should they be abolished?

The European Party Leaders Debate is brought to you by the Fair, Green and Global Alliance.  This Alliance consists of: ActionAid , Both ENDS, Friends of the Earth Netherlands, Clean Clothes Campaign, SOMO and Transnational Institute .

Limited availability at the door : 7,50 Euro 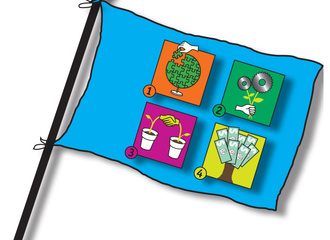