Photoblog - In 2016, the state forest around the community of Kasepuhan Karang, in Java, Indonesia, was transformed into customary lands. With these newly acquired land tenure rights, the community has started initiatives to use their land in a sustainable and inclusive way. What this means for the community in terms of livelihoods and food security, became clear during a field visit at the start of the Global Land Forum 2018. 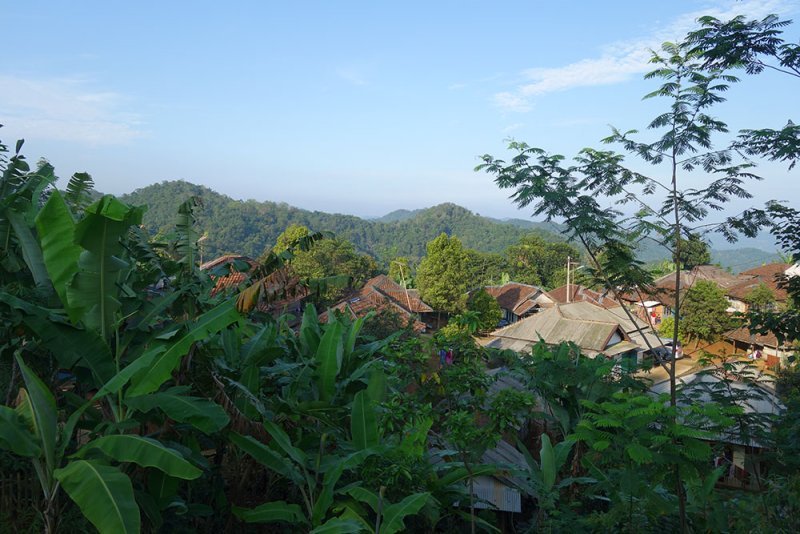 Kasepuhan Karang community consists of various villages, located in a mountainous region in western Java, Indonesia. To the community of Kasepuhan Karang, 'forest' is more than only 'land covered by trees'; it also includes the fields and paddies in between the forest areas. 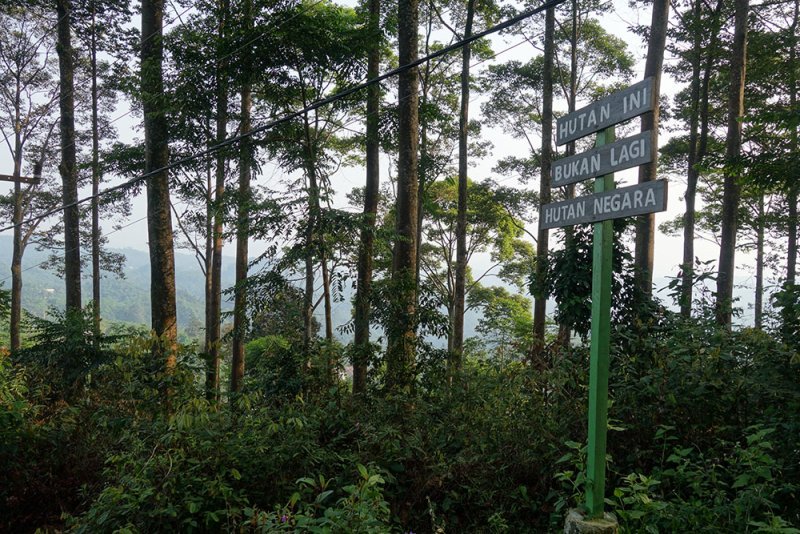 A sign next to the road says 'This forest is no longer a state forest'. In 2016, the community gained communal rights over the land surrounding their villages. 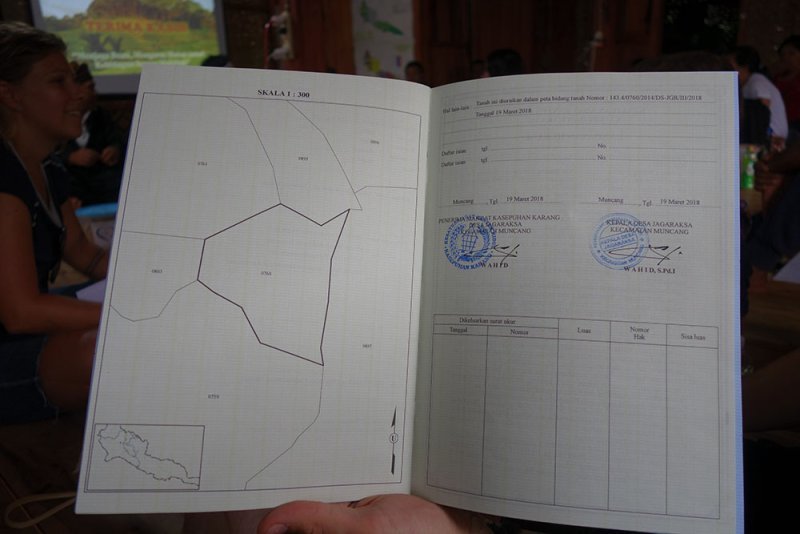 The community has set up a system to divide the customary land between the families, based upon a participatory mapping process. A certificate, the 'Risalah', gives a family user rights over a certain plot, but officially the whole land is owned by the community. Families can sell their user rights to other community members, but not to external parties. 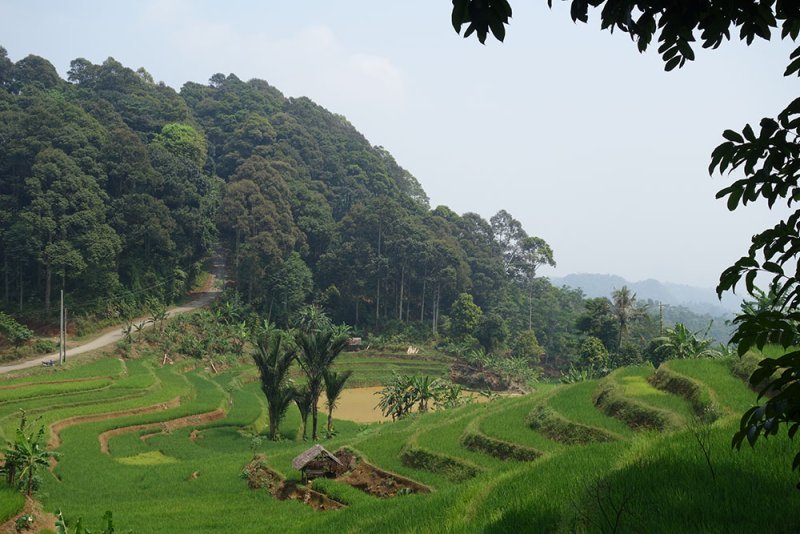 There are certain rules that the community has set up to guarantee the sustainable use of their customary land. For example, the families are allowed to plant rice in their paddies, pick fruits and other products from the forested areas and occasionally fell a tree, but they are not allowed to cut down the whole forest or to start mining. 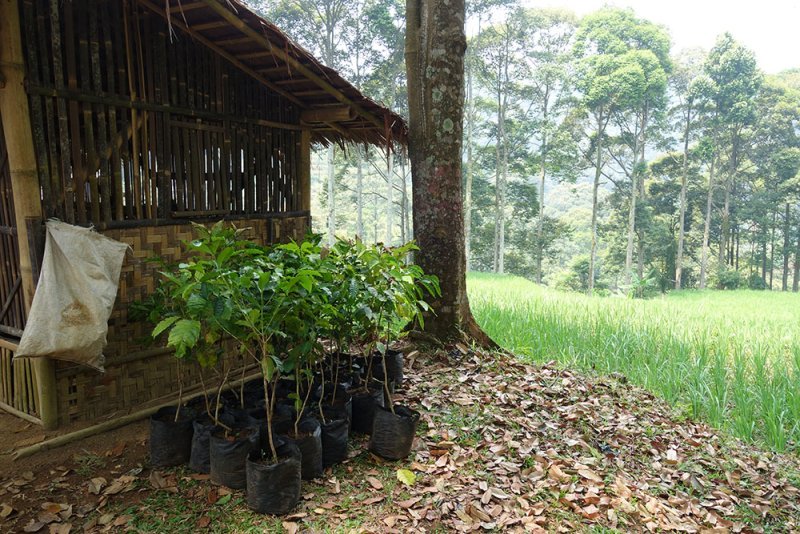 In order to increase the benefits of their customary land, the inhabitants of Kasepuhan Karang have planted 8.000 trees over the past years, mainly mangosteen, durian, coffee and mango trees. These investments in trees were only feasible for the farmers because of their security of land tenure. 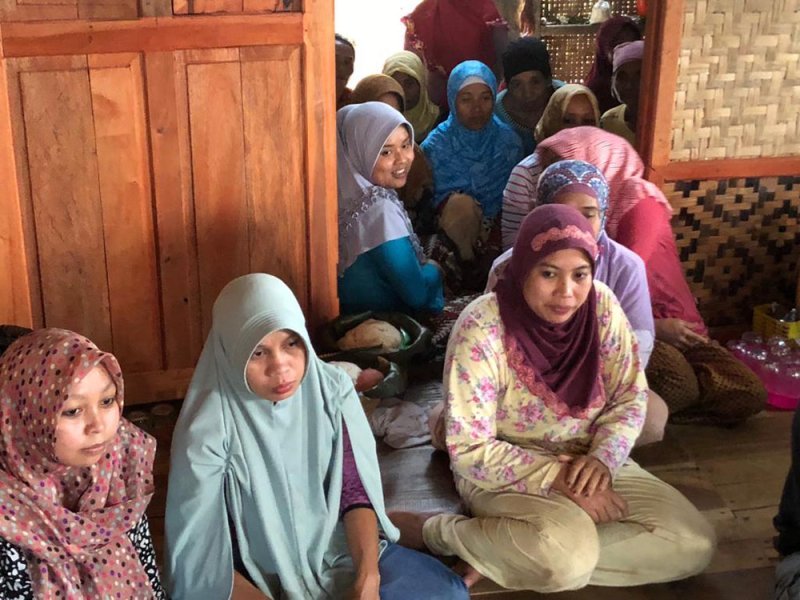 A group of women in Kasepuhan Karang has set up a financial cooperative according to traditional rules. Families can get loans for investments in their land, like tree seedlings, vegetable seeds or equipment. They pay back with harvests from their land. Access to land through tenure security has contributed to productivity and therefore also means access to financial services, which are much needed for investments in land. (Photo by RMI Bogor)

The forest around Kasepuhan Karang is also a source of Non-Timber Forest Products (NTFP's), like these traditional rattan baskets. They are used to steam rice. 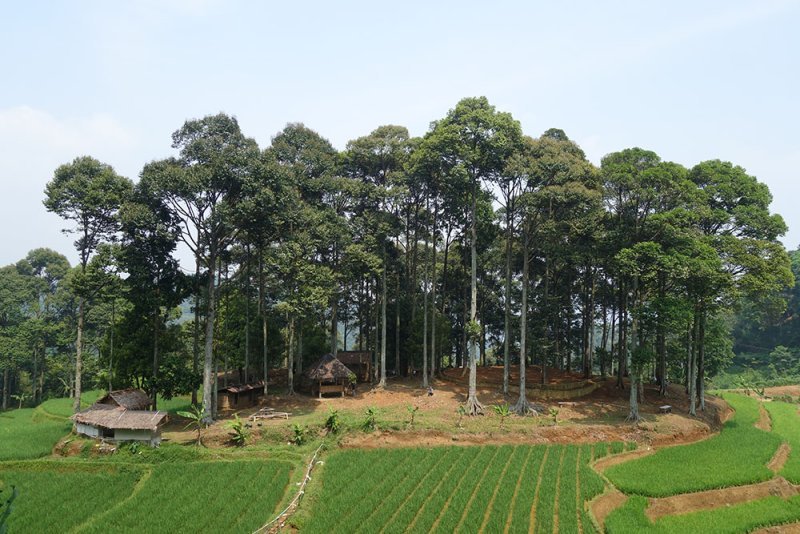 This beautiful place became an ecotourism site after the community gained their customary land rights in 2016. It is managed by a group of youth. 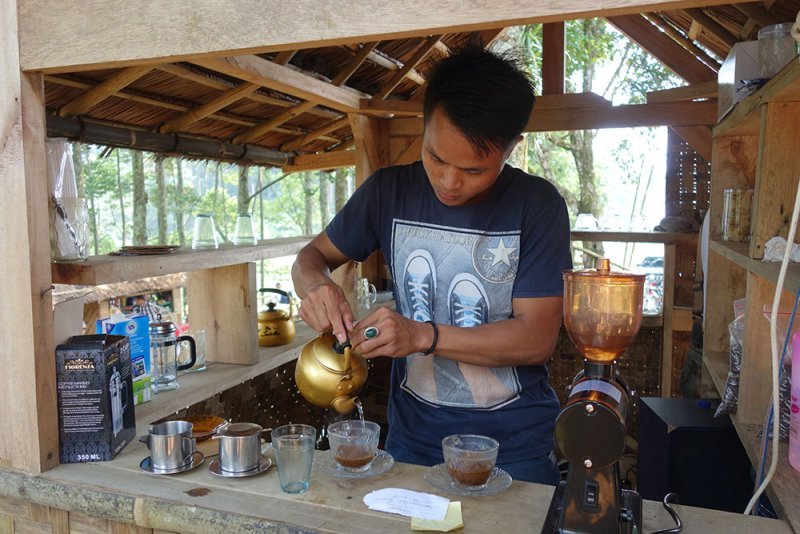 Youth used to have little prospects for a better future in Kasepuhan Karang. Now they manage the ecotourism site, rent rooms and camping equipment, organize walking tours to a nearby waterfall and sell locally produced coffee and other products to visitors. 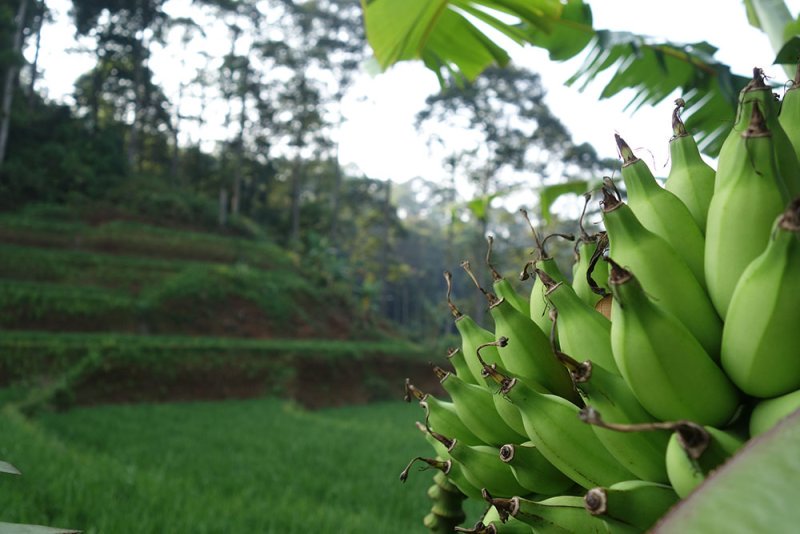 The policy decision to transfer state tenure of the forest around Kasepuhan Karang into customary tenure of the land has enabled the community to take control over and sustainably manage their surroundings. The people make sustainable decisions that increase food security now and in the future.