Bali: The disappearance of a fishermen’s village

We pushed the canoe through the turf and climbing on board he suggested I take the helm while he would hoist the sail. Being aboard this fast sailing lightweight canoe, carried by the swell of the blue sea, brought back images so vividly described in Hemingway's book The old man and the sea. After leaving the coast, going further onto the sea we eventually changed track and went north. I learned from the fisherman that the daily catch of fish was very meagre. Fishermen had to leave home early morning, around 4 AM, and had to venture out far off the coast to find fish. When I spotted my hotel near the beach we set course for the coast. When we had reached the shore again, I paid the fisherman and we parted amicably, in good spirit. 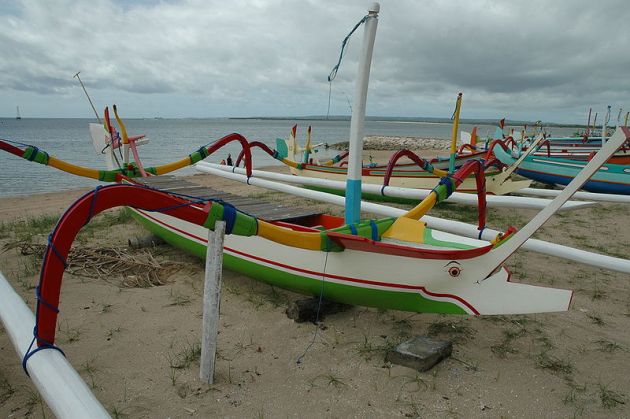 Today, after having spent a week back in Nusa Dua to attend RSPO meetings, I had again some time to spare and I walked along the beach, heading in the same direction as 6 years ago. However, where I expected to find the fishing village I only saw newly built luxury hotels and beach resorts. Two fishermen were hauling their small canoe onto the beach. When I asked them about the fishing village, they confirmed that the village had vanished. After that conversation they pulled the canoe further and stored it alongside a few other canoes under some bushes on the last remaining piece of barren land, where bill boards already announced that soon that last tract of land would be converted into luxurious villas as well.

When I continued my journey I met two watchman who, when I asked them some questions about the fishing village, vaguely confirmed that this kampong had indeed disappeared. Some of the fisher folk were likely to have found jobs with the hotels, like combing the beaches to make them look tidy, or perhaps with some luck they would earn an income taking tourists on a trip to the sea. The watchmen also said that some of the fishermen families may have settled in the hinterland.

It is cause for concern that such a village can be bulldozed into oblivion, to be erased and forgotten – a village that has been home to probably many generations of fisher folk. It is unlikely the villagers had any choice but to leave. One should have no illusions that the inhabitants of this fishing community were compensated for the loss of their houses, their yard, the jungle which surrounded their village and their free access to the beach and the sea. Although the history of this village may go back a long time, most probably the community had no legal paperwork such as land titles to support the claim they may have had to this land. The beaches are usurped by big players with deep pockets, with the backing of the local government. And I must admit that I myself am also directly involved when staying in these hotels to be conveniently nearby the conference centre where I have meetings to attend. 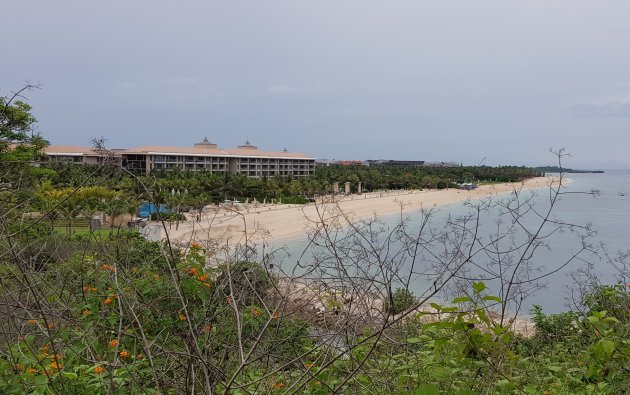 I do not claim to present a researched and documented narrative of this Nusa Dua fishermen village. But nonetheless, its story seems just one more example of a worldwide phenomenon, a process which Saskia Sassen described as 'expulsion'*.

Many would argue that this is an unavoidable consequence of the dynamics of society. And maybe there may be no reason to romanticise the life of these fishing communities. As I mentioned, the fishermen' daily catch of fish was dismally small, already 6 years ago. Moreover, it is a precarious profession, as every day fishermen run the risk of getting caught up in a typhoon, without their canoes being equipped with rescue rafts or safety vests.

At the same time, it is extremely worrisome that such villages are simply destroyed, with their inhabitants getting scattered and the whole social fabric, customs and history evaporating, denying people their legitimate right to self-determination. And with that, a unique culture, with its skills, crafts and stories, is slipping away.

This, I feel, is not something just to leave unchallenged. 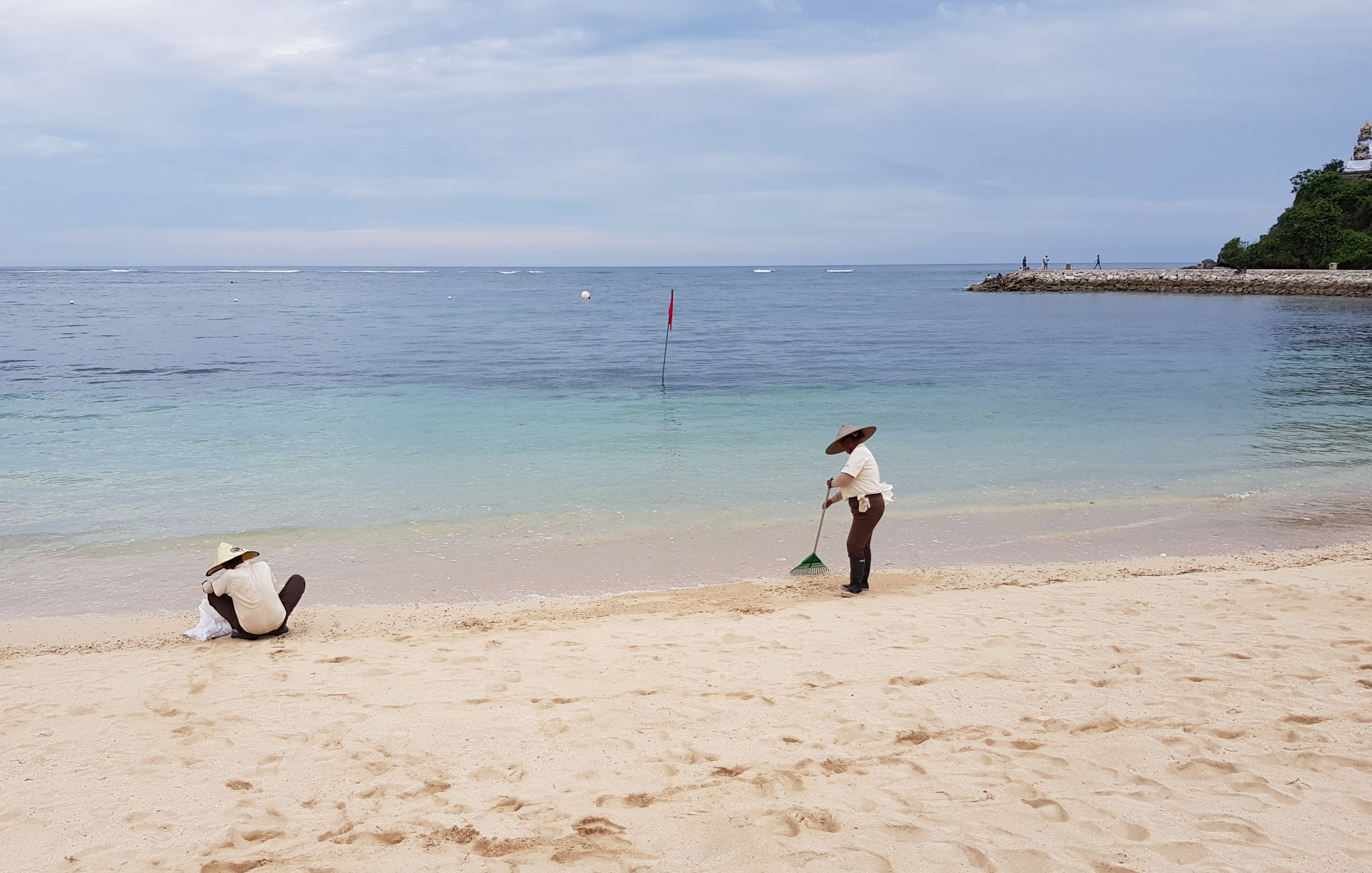 *Expulsion: Looking at the way capitalist society values and includes its members, Saskia Sassen came to a definition of social expulsion of those people that reside at the edge of a system - as opposed to exclusion. Exclusion would be the prevention of people outside that system entering it. Expulsion she describes as the act of those already within the system being ejected from it. Source: https://blogs.ucl.ac.uk/events/2012/06/23/beyond-social-exclusion-emerging-logics-of-expulsion-with-saskia-sassen/ And: S. Stassen, Expulsions: Brutality and Complexity in the Global Economy, Harvard University Press, May 2014.