NEW VIDEO: 'Mapping our Future' for survival of local communities in Indonesia

Between 2010 and 2013, Both ENDS, within an alliance of Indonesian and Dutch organisations and universities, conducted a pilot project to improve the spatial planning in the district of Sanggau in West-Kalimantan, on the island of Borneo, Indonesia, to help local communities with the recognition of their land rights. We can show you a beautiful documentary about one of the villages in this district, Terusan.

Mapping for the future

Terusan is a village completely surrounded by oil palm, the villagers however produce mainly rice and rubber on their ancestral lands. When an oil palm company offers Terusan to convert their village land to an oil palm plantation, the villagers suddenly face a difficult choice. Do they choose for the prosperity that is promised? Or does this make the future of their children too insecure? They decide to map their property first.

In Indonesia, official spatial maps are large-scale sketched maps, highly inaccurate regarding village boundaries. The official maps of a district often don’t show the land that has been used by the villagers for many generations. This causes local governments to allocate land for oil palm plantations that is already in use by local famers, often leading to conflicts and violence.

Because the land rights of the local communities are not officially recognised, negotiations between the companies and communities often take place on unequal terms, as the communities are unaware of the extent of their customary lands and the rights they have. Also, what many communities don’t know is that when a company’s lease contract over a piece of land ends, it will be returned to the state and not to the local community. The land will never be theirs again.

To claim their land rights, the villagers of Terusan decide to start mapping their lands. When the local governments include their mappings in its official district maps, future investors are forced to first consult the local community about their plans. If the official district maps show that the land is already in use by the villagers, they have to give their permission to the investor for using the land, such as for the exploitation of palm oil plantations.

It is therefore very important that local communities are involved in the official mapping process of the districts by local governments. In this way, their land rights are recognized and the villagers are empowered to decide themselves about the future of their lands: will they strike a deal with the palm oil company or will they keep the lands for their own use, and that of future generations? 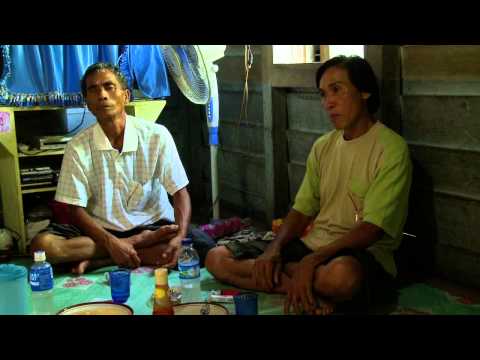