Today an alliance of more than 150 organisations, trade unions and social movements in countries across Europe is launching a joint programme against unfair trade and investment agreements, and especially against the controversial Investor-to-State-Dispute-Settlement (ISDS) mechanism. Under ISDS, investors can bring complaints against states whose social and environmental legislation pose a threat to their profits.

In ISDS, the interests of investors, large companies and multinationals weigh more heavily than those of the people and the environment in the countries where investments are made. The new pan-European alliance considers that unacceptable and will be making itself heard on many fronts in the coming months. In addition, the alliance is calling for a 'UN Binding Treaty' for multinationals: a set of enforceable rules that multinationals have to comply with when making foreign investments. Many organisations from many different countries have been working on these rules for many years.

The ISDS mechanism was originally created to protect investors: the aim was to make it more attractive and less risky to invest less stable, poor countries. In the meantime it has been shown repeatedly that ISDS does not help in attracting investment, but is increasingly used to enable investors to block legislation or get it repealed. Countries that refuse to do so can expect enormous claims for damages, which are mostly paid from national budgets intended for schools, hospitals, sewage systems, etc. Both ENDS has been putting the problems with bilateral investment agreements and ISDS on the national and international agendas for many years, together with partner organisations in countries that have signed such investment agreements and where the chances of claims being made are high.

Fossil industry uses ISDS through letterbox companies in the Netherlands

We recently wrote a report together with environmental NGO Milieudefensie (in Dutch) entitled 'Protection for Climate Polluters', in which we conclude that ISDS is being used on a large scale by gas, oil and coal companies to combat governments wishing to reduce fossil extraction in their countries. These governments often scrap their plans in order to avoid high claims, delaying the worldwide energy transition and pushing up costs. The Netherlands plays a major role in this respect: the world's five largest oil and gas companies have at least 140 letterbox companies in this country, which they can use to claim investment protection. Consequently, many claims are submitted through the Netherlands, making it the second largest country in ISDS cases relating to fossil fuels.

We wholeheartedly support the campaign 'No VIP rights for multinationals: choose people and the environment', which is being launched in the Netherlands today between 12.00 and 13.00 in front of the Peace Palace in The Hague. See here the flyer with more information and the petition for you to sign.

We will keep you up to date in various ways during the campaign! If you want to make your voice heard, support the campaign. For information on how to do that, go to stopisds.org, under 'What can I do?'. 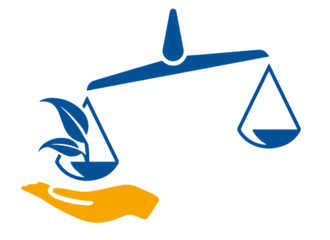