Last weekend there was an article in Dutch newspaper De Volkskrant about the Lake Turkana Wind Power Project in Kenya. I was surprised and angry about how the story was presented. How can people be so blind to the perspectives of others? And how can a progressive paper like De Volkskrant devote so much space to such an unnuanced account? This is exactly why such projects lead to conflicts.

The article promotes a Eurocentric view of development. Dutch businessman Willem Dolleman is portrayed as a hero who, despite all the setbacks that Africa has in store for him, lets nothing stop him from realising his dream. Dutch perseverance, expertise and effectiveness versus African corruption, a non-functioning state and rivalry between tribes.

Eurocentrism is the persistent tendency to see the world through European spectacles. Taking what we consider normal in Europe as the norm everywhere. According to Willem Dolleman, development in Turkana is embodied in a wind park that will bring prosperity to the nomadic tribes of the region and rescue Kenya from polluting diesel generators. Dolleman told the elders of the tribes of the Turkana, Samburu and Rendile that he and his partners 'wanted the best for the local people, that there would be work for them, access to electricity, and maybe even fridges and televisions'. But does Dolleman actually know what these people themselves see as development? Perhaps they don't want fridges or televisions.

In the article, Dolleman and his business partners respond to the legal proceedings brought against them by Kenyans who believe that the land on which the wind park has been built was not acquired legally. Their response is typical: 'the project will bring the nomads more benefits than problems'. Firstly, that is not for Dolleman and his partners to decide, and second, it is not what the proceedings are about. The fact remains that the land was acquired unlawfully. Doing business in other countries brings with it the responsibility to adhere to national and international law, and to understand how things work in the regions you are active in. If the national legal system or government are not willing or able to uphold that law, that does not give you carte blanche to ignore it.

In my work, I see time and time again companies from 'developed' countries coming up with projects that they believe will contribute to a country's economic development. But their plans are based on their own dreams and not on those of the people living in the area where the project is to be developed. Doing business in another country means doing business in a different reality and a different political and legal system. Every place has its own history and the people have their own relationships with each other and the land on which they live.

Step away from your own perspective

The article displays an inability to look at things through someone else's eyes and from the perspective of the people living in the area, not to mention a lack of knowledge of our own colonial past and the think of what that means. It shows how one-sided the Dutch view of development is: 'Now the area has been opened up and is experiencing progress. This is accompanied inevitably by side effects like the loss of traditions,' says Dolleman. 'More people there now wear Western clothes than before. But no one in the Netherlands wears traditional costume any more. That is a shame, but they get a lot back for it in return.' Perhaps it is time that, before they embark on a project, entrepreneurs like Dolleman check whether the people affected by it are indeed so enthusiastic about all the wonderful things 'they will get back in return'. You can only do that if you develop a project together with the local people, if you don't only look through your own tinted spectacles, and if you are genuinely interested in the perspectives of others and take them seriously. 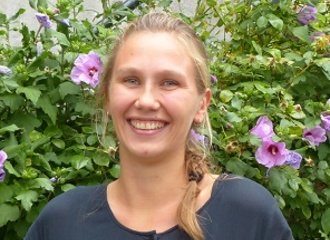