The Ramon Magsaysay Award, internationally referred to as the 'regional Nobel Prize of Asia' is a recognition for people who fight against poverty and injustice in a sustainable way. One of the winners of this year is Ambrosius Ruwindrijarto of the Indonesian organization Telapak, with has been a partner of Both ENDS for years. Ruwindrijarto has been campaigning against illegal logging in Indonesia for years, despite threats and violence against him from the companies he fights against.

Ruwindrijarto founded Telapak in the '90s to investigate the lucrative logging concessions in Indonesia. With the help of a British environmental organization he brought to light the illegal logging and - smuggling, which forced the government to implement stricter regulations. As a result, Ruwindrijarto was regularly threatened and attacked - and even imprisoned by logging companies. Instead of stopping him, all these dangers only motivated him to carry on: Telapak has helped numerous communities to establish cooperatives for the management of natural resources: until now around these cooperatives manage 200,000 hectares of forest in a sustainable manner.

The Ramon Magsaysay Award is awarded annually to people and organizations that show the same kind of leadership as Magsaysay himself, the president of the Philippines who deceased in 1957. The Foundation awards the prize to Ruwindrijarto because of his "persistent lobbying for community management of natural resources, the daring campaigns against illegal logging and his support for social enterprises that support forest communities."

Telapak and Both ENDS have been working together on sustainable management of natural resources in Indonesia for years . Both ENDS is very pleased that Ambrosius Ruwindrijarto is being internationally recognised by winning the well-deserved Ramon Magsaysay Award. 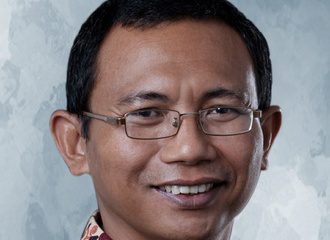