We want value for climate money

By Daniëlle Hirsch
We want value for climate money

The Netherlands foresees a budget of 1,2 billion euros annually, starting in 2017, for the climate agenda.  It is worthwhile to note that this money is pulled out of the budget for development cooperation. This is a travesty because, as the IPCC stresses, it is precisely developing countries that are hit hardest by climate change while it is the rich, developed countries that are the main culprit. Consider the countries in Africa that are facing increasing drought, or Bangladesh, where the water is literally up to people’s necks. In short, our climate expenditures are made possible at the expense of people who are not the cause of climate change.

And it doesn’t end there. What will 1.2 billion of climate money be spent on? It will be used to stimulate private investments in climate change mitigation and adaptation. In other words; with the development money that we have earmarked for climate finance, we will provide subsidies to wealthy companies, while these same companies are at the root of the problem.

The climate funds from the budget for development cooperation will be used to subsidize multinationals. Of course, this is not how this policy is marketed. The official policy is to "mobilise more private sector financing with public money." Unfortunately, these kinds of activities don’t seem to whet the appetite of private investors, especially when it comes to climate change adaptation in poor countries. Moreover, it is unlikely that, as agreed, the business community will contribute to the climate funds on a fifty-fifty basis.

The IPCC dedicates a separate chapter – Chapter 13- to the social dimension of climate change. In fact, the IPCC writes that poverty and inequality are not just aggravated by climate change itself, but also by the measures that are taken to combat climate change.

In reality, there are several much better ways to use the money to directly support poor people in their fight against the impacts of climate change. One example is Both ENDS’ own ADAPTS project. This project, in which we collaborate with governments, universities and civil society organisations to combine water management and climate change adaptation, is extremely effective.

Easter is a time for reflection. It’s a time for Minister Ploumen of Development Cooperation and Trade, and for Minister Dijsselbloem of Finance to seriously consider these signals from the IPCC. 1,2 Billion euros is a lot of climate money. We want value for that money. 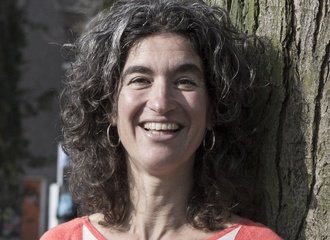