This is why it feels good to be present at the ‘Africa Works’ conference. The first edition in 2012 was primarily focused on business opportunities and entrepreneurship in Africa. But now we take it to another level and talk about how to support and finance all this newly planned economic activity in a decent way. Decent finance means financing that stimulate progress for and by everyone on the continent.

The World Bank is not the only financial institution aiming to stimulate development and economic growth while at the same time ignoring the very poor and sometimes even worsening their problems. The investments of many of these development institutions don’t reach the very large group of poor people. This could be done through local investors; the ‘engines of local growth’ that can help people overcome their poverty by creating business opportunities, providing jobs, a salary and social security.

It would of course be much better if developing countries would have a healthy public finance system of their own.  Unfortunately this is not yet the case. Many countries in Africa, as well as in Latin America and Asia, are suffering from enormous debts, illicit capital outflows, low taxation revenues from multinationals and on top of this, they often are the weakest party in trade- and investment treaties.

What is the solution? When listening to our African partner organisations, this is what we hear from them: African countries should increase their domestic financial resources and make their own decisions about investments, together with local banks and other financial institutions. Local decision makers and investors should have enough financial knowledge and expertise to be able to make the right decisions. Moreover, they should be given real choices and there should be transparency on both the decision itself and its effects of it.

Next, we should tackle the debt problem. This causes the outflow of large amounts of money from developing to rich countries – money that could have been well used to stimulate development in those same developing countries.  Serious research should be conducted on the origins of these debts by an independent arbitration committee. Rich creditors, such as the Netherlands, should stop foisting loans on developing countries, for example for export credits that support Dutch private companies, when there is no clear inclusive development goal in sight.

And ultimately we have to adjust Western tax- and investment treaties. The dominance of foreign investors should be reduced in favor of sustainable development goals which have either been internationally agreed upon, or which developing countries want to achieve themselves. This will protect vulnerable groups and reinforce local financial power.  The Illicit outflow of capital, be it in the form of corruption or otherwise, should be stopped by allowing financial regulation. Today, that regulation is hampered by the many free trade agreements that float around in our global economy.

All this requires a long term vision. A ‘laisser-faire’ attitude towards western development investment institutions – because it might seem more effective and profitable on the short term – leads to the exclusion of the global poor and vulnerable. Decent financing demands a notion of the failures in our current financial and economic system. It takes courage to change the present day practice and support the people that bear the brunt now. Let’s change the rules, to allow Africa to finance Africa. 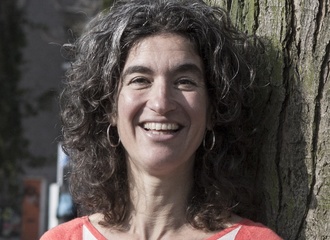