Home
>
What's new
>
Blogs
>
Guatemala: Why the sugar is not so sweet

Guatemala: Why the sugar is not so sweet

I'm in green Guatemala. But despite the idyllic scenery, the green covers a lot of problems. This I discovered during a trip to the sugar cane plantations at the coast.

Early in the morning Victor and Jorge from our Guatemalan partner organisation Utz Che' pick me up and we leave fresh and calm Guatemala-City. The city lies in the mountains, but today we descend to the coast, where it's hot and tropical and where green hills and smoking volcano's define the landscape. The sudden smell of the heat and the vegetation is overwhelming.

We talk about the monocultures that are taking over the region, especially sugar cane. I see the plantations everywhere around me. My companions sum up all the problems. Cutting down the cane is incredibly hard work. Local inhabitants don't want to do it, but the companies recruit indigenous men from the eastern part of the country, for little pay and bizarre working conditions. Jorge explains: "When they arrive here, they first get a medical test to check whether they are strong enough. Working here is hell, they have to cut sugar cane for hours in the burning sun. The men get chemical drinks to keep them going."

To facilitate the harvesting and initiate the process of condensing the sugar, the fields are put on fire. Later that day I will see how giant black clouds rise up from the fields, looking like a heavy thunderstorm. The smoke enters the homes of the surrounding residents. When the sugar cane grows, fertilizers and pesticides are sprayed over the crops from helicopters. The chemicals also effect the crops from farmers on the surrounding fields: these crops mature quickly - too quickly - and often are no longer usable. The chemicals also end up in the villages where people get sick. They want to produce more than the land can handle. The fertile soil is depleted and the Madre Vieja river is running out of water.

The plantation owners have changed the course of the river and use so much of its water that the riverbed has been dry in the past few summers. There was no water left for the farmers around the plantations.

The struggle for water

This morning, we meet with a group of farmers in the South of Guatemala near the coast. Last summer, in February, these farmers ensured that the plantations were not allowed to use all the river water. They talked to the companies and the mayor, who was on their side, and held manifestations. But, as one of the farmers explains, "even when a little water is left in the river - which is enough according to the authorities - the water warms, the fish die and the ecosystem is destroyed."

This year, the farmers want to achieve legal protection for the river. With the help of Utz Che' they will apply for this protection at the court. This will limit the large-scale water use by the plantations. Also, Utz Che' will start a thorough research on the impact of the sugar cane plantations and on the change of the river's course.

Today we will try to find the border of the plantations, which advance further and further towards the coast. Some of the farmers and Dani, the president of the local water board, join us. Officially, the plantations are allowed to plant no further than 3 kms from the coast, in order to protect the vulnerable mangroves. However, we suspect that the plantations have advanced much further.

With the car we try to follow the river as far as possible. A discussion arises: should we only fight the water abuse, or should we also fight against the sugar cane in general? Opinions are divided: everybody confirms that they have to protect the river and the mangroves, but saying that the sugar cane companies should leave can be dangerous. The companies are powerful and people who work on the plantations have accused Dani that it will be his fault when they lose their jobs. Victor explains that for him, it is important to do what the community wants: "I might wish to fight the plantations as a whole, but these people live in between the plantations and have to take all the different interests into account."
weg langs het suikerriet

Looking for the border of the plantations

When we can't drive any further, we leave the car and continue walking, in the direction of the sea. We walk along the plantations, slogging through mud and swamps, get so close to the sea that we can hear the waves, but don't find the mangroves.

Under the burning sun, we work our way back to the car. The door is open. Did I forget to close it? The windscreen is burst, the papers that we left in the car are scattered around, the rear window is broken into pieces and we find the spare tire in the bushes. But nothing is stolen, not even the car radio. This is clearly intimidation. Whilst nobody knew what we were doing. Who betrayed us?

"They won't scare us!" states Dani. "We will go on because we're machos." Victor takes me aside. "See, this is why it is so difficult here to involve women. There is a lot of violence. Although nothing has happened to us, this convinces the men that the women can't come with us."

Slowly we drive back, looking for tracks in the sand. I'm not scared, just startled. So this is what the people here have to live through day by day, they are risking a lot. What do they feel now? Are they getting more afraid each time, asking themselves whether it's worth it? Or does this incident prove that they must go on, because the injustice is so huge? Is there really no difference between men and women? And would I be scared if I had children? A young man on a motorbike passes by. I wonder whether he's the one who demolished our car and notice how suspicious one can become after such incidents.

This day makes me realize again how complicated such a conflict can be. On the one hand, there is a group of about 40 families who are organizing themselves to protect te river, the forest, their access to water, their land and their crops. And on the other hand are the families who found employment on the plantations: not for harvesting, but for planting, irrigating, driving the trucks or in the administration. Some people who own some land rent it to the sugar cane company. The money they earn that way is often more than they can earn by farming the land. So, big interests are at stake.

Dani wonders what we think about this in Europe. And like so many times before, he asks me to tell the story at home. So people will know where the sugar comes from. So that they will no longer buy it. 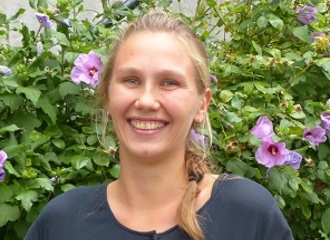