(Un)sustainable trade in the Amazon

As Brazil's foreign trade expands, the country is investing in economic infrastructure such as dams, electricity, railroads and waterways to facilitate further economic growth. At the same time, such infrastructure facilitates the further penetration of sensitive ecological areas in a country which already has the world's highest rate of deforestation.

This Both ENDS policy note is raising key issues for debate and putting forward some proposals for action. 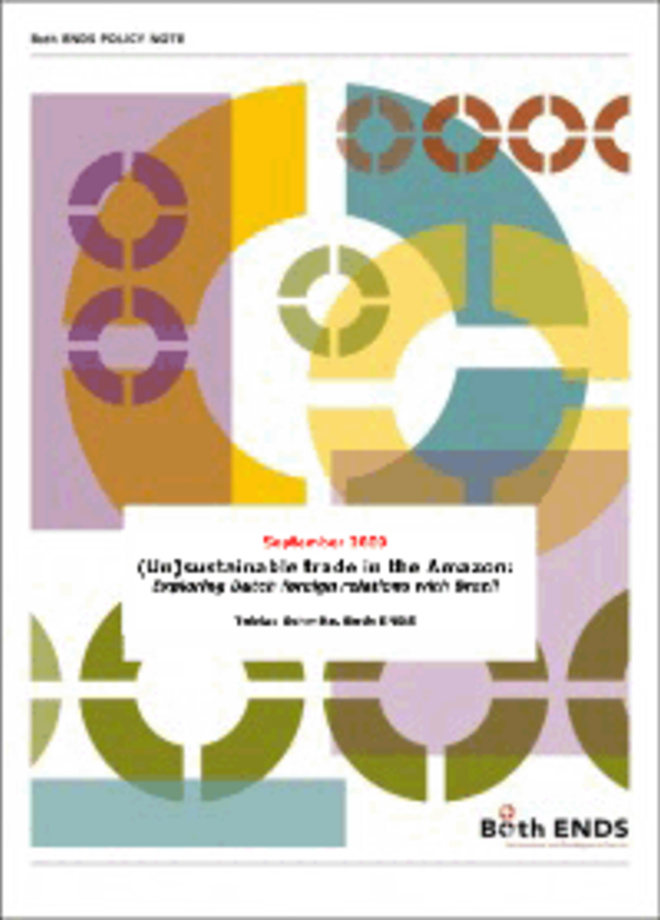