Home
>
What's new
>
News
>
Where are the opportunities for Minister Kaag?

Where are the opportunities for Minister Kaag?

More than six months after the Dutch elections took place, a long period of debates, negotiations and incertainty has finally come to an end. The new coalition of center-rightwing parties was sworn in last Thursday the 26th of October. Having Sigrid Kaag of the liberal-democratic party D66 as the new Minister for Foreign Trade and Development Cooperation in the third Rutte government (Rutte III), we can look forward to where the opportunities lie in the new coalition’s plans to make the world fairer and more sustainable. The Coalition Agreement, which tries to build a bridge between the political centre and the centre-right, is a smart piece of work in terms of reaching compromises. In the current international climate of societies progressively growing apart, that is a striking achievement.

Because the Agreement does not specify very much explicitly, it gives the Minister for Foreign Trade and Development Cooperation a lot of elbow room to make a difference in international policy. That presents the Netherlands – which, as an open economy, has a great impact on people and the natural environment far beyond our own borders – with many opportunities. But there are also serious threats lying in wait.

The Netherlands, its people and its businesses

Minister Kaag is faced with one main challenge: the Coalition Agreement focuses almost exclusively on the Netherlands and its people. Rutte III does not appear willing to recognize that it is now responsible for a Netherlands which – as the world’s 17th largest economy, as a provider of services to the fossil industry and as an essential link in a globally destructive agricultural model – has an enormous impact on people and their living environment throughout the world. Rutte III’s approach threatens to be a continuation of that of previous governments, which also seemed to consciously ignore the Netherlands’ global role and our worldwide impact.

The minister can ensure that funds provided by the Dutch government comply with international standards. The institutions that bear an important responsibility to safeguard this – the OECD National Contact Points, regional human rights committees, the ICC – must be supported actively and in the long term. The importance of this support is underlined by the fact that Rutte III rightly identifies promoting the rule of law as one of the four spearheads of its policy. The Netherlands will therefore have to continue to invest in strengthening the international legal order, so that businesses and financial institutions can no longer violate human rights with impunity.

The Coalition Agreement seems to be responsive to the enormous social pressure to take climate change seriously. As the Netherlands is one of the EU member states that consistently fails to comply with climate agreements, this is in itself an urgent step in the right direction. The reactions from opinion leaders, civil society organizations and businesses show, however, that the words of Rutte III are not convincing.

Despite the surprisingly optimistic ambition to store our climate waste in the ground, it is very striking that the Coalition Agreement does not mention one of the most important keys to achieving sustainability: making our own government budget fossil-free. The fact that there is nothing about this in the Agreement offers opportunities, as the discussion on the 8 billion euros in state support for the fossil sector is just starting to gather momentum. Debates have been planned, motions have been adopted that demand greater transparency in this area, and the Dutch Central Bank (DNB) is increasingly insistent that climate risks have to be made more visible.

So there are certainly opportunities in the coming years to put an end to the billions of euros that the Dutch government provides to the fossil sector in the form of subsidies, tax benefits and export credit insurances. Many of these instruments fall directly under the responsibility of the Minister for Foreign Trade and Development Cooperation. If Minister Kaag makes her budget fossil-free in the coming years, it will give the renewable energy sector and other climate-relevant sectors an enormous boost. And that would considerably reduce the harmful consequences of extracting and transporting oil, coal and gas for people and the environment in vulnerable countries and regions. It would also help Rutte III to fulfil its ambition to achieve the climate goals agreed in Paris.

Both ENDS is pleased that the government intends to allocate more money to protecting human rights and to strengthening the network of embassies and consulates. These two ambitions are strongly linked: embassies can play a prominent role in supporting civil society actors – organizations and individuals – who defend human rights, especially in respect of the human right to water, food and a safe living environment. Local civil society organizations must be able to contact embassies with suggestions and engage in a dialogue with them to identify violations promptly. Dutch embassies also have an important role to play in informing and supporting investors and businesses in respecting these rights.

Rutte III is making additional funds free to finance climate initiatives in other countries, so that they can prepare themselves for the effects of climate change. That presents an enormous opportunity to change the current international reality of climate funding, which has until now largely been focused on large-scale projects which benefit Western companies and banks at the expense of the people most directly affected by climate change. That money must be used to fund local actors, including municipalities, farmers’ cooperatives, women’s groups and indigenous groups. That can be effectively achieved by allocating money through 'small grants funds'. Only by meeting the actual needs of people themselves in this way will the additional climate funds to be allocated by Rutte III properly supplement existing forms of international climate financing.

Underlying causes of poverty and migration

Rutte III acknowledges that underdevelopment has a great impact on migration flows and rightly states that the underlying causes of migration need to be addressed. Those causes lie mainly in lack of security, erosion of the natural environment and the destruction or expropriation of local living resources, a lack of public infrastructure and good governance, land and water grabbing by developers of large-scale infrastructure, mining and agricultural projects, and the consequences of climate change.

The challenge for Minister Kaag is not to take the Coalition Agreement too literally. At first sight, Rutte III seems to address the underlying causes of migration by providing facilities for migrants in their own regions and by increased border controls. That is, to put it mildly, a very one-sided view of migration, from the small-minded perspective of a Netherlands that does not feel itself to be part of the global community. We feel confident that, with her track record, the new minister will look further than the words of the Coalition Agreement and will generate synergy between the four spearheads of policy – agriculture, water, sexual and reproductive health and rights (SRHR), and promoting the rule of law – and the complex issue of international migration.

The Coalition Agreement continues the line of Rutte’s previous government, by seeing trade as an integral part of foreign policy. Its aim is to ensure ‘fair free trade’. That sounds simple, but it would call for a great change in the Netherlands’ current position. The trade and investment agreements that we currently conclude are everything but ‘fair’, limiting the development of poorer countries by not allowing them to protect their emerging industries. The agreements ensure, as they have been doing since the colonial era, that poor countries continue to supply the rich West only with primary raw materials.

The reality is that, under the current system of trade relations, developing countries will always get the worst deal. To make trade fair, the minister will have to impose binding rules on governments and businesses, so that all parties, as far as possible, have equal opportunities. To achieve this, she will have to, at least, pursue the line set out by the previous government. That means that the negotiations on trade and investment agreements will have to become transparent, that there will have to be thorough discussion on the desirability (or not) of investment agreements, and that efforts must continue to strengthen open dialogue with political and civil society organizations both at home and abroad. In addition, through international diplomacy, resolute steps must be taken to strengthen the international legal system, so that businesses no longer have only rights, but also a binding duty to respect all human rights, including those relating to labour, the environment and self-determination.

Like civil society organizations, the minister will also have to look further than the trade and aid agenda. If Rutte III really wants to promote free trade, it will have to ensure that Dutch and other international companies pay taxes in the countries where they get their raw materials from and where their production and often their markets are located. Only then can the governments in those countries create the public infrastructure required to develop their own economies in the longer term. Rutte III, however, is doing the complete opposite: it is relaxing the rules for businesses to report where they pay taxes and is not doing enough to reduce the key role played by the Netherlands in facilitating tax evasion.

Where are the opportunities?

The ecological and social footprint of the Netherlands’ international trade and investment activities is immense. This Coalition Agreement does not address measures to reduce that footprint, despite there certainly being opportunities to do so.

The soon to be set up INVEST-NL – the new window for risk capital, guarantees, export credit insurance and international financing programmes – is a good example. Around a third of the total of 2.5 billion euros to be set aside for INVEST-NL is expected to be reserved for activities abroad. The minister, who has final responsibility for INVEST-NL’s international activities, will have to take steps, on behalf of Rutte III, to help bring about a genuine transition to a sustainable society. INVEST-NL should not only be made fossil-free, but also impose strict social and environmental rules on investments, and on the provision of credit and cover for investment risks. Such rules are indispensable to ensure that these activities do not have harmful effects on people and the environment in the countries where they take place.

The Coalition Agreement leaves ministers a lot of elbow room, because it does not explicitly mention a number of strategic issues. That presents them, including our new Minister for Foreign Trade and Development Cooperation, with enormous opportunities. To phase out state support for the fossil industry and its related companies, to make INVEST-NL a genuine transition fund with high environmental and human rights standards, and to get climate funds to the people who not only need them the most but who will use them most effectively. Together with our Dutch and international partners, Both ENDS will continue to engage in dialogue with the minister and her colleagues to achieve these ambitions within the new government’s term of office, which is crucial for the climate, environmental and development agenda. 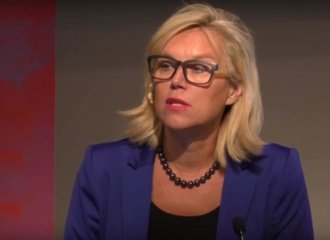