Home
>
What's new
>
News
>
The World Cup in my backyard

The World Cup in my backyard

We’re only a few months away from the start of the World Cup festivities. For a period of four weeks, starting mid-June, the eyes of the world will be focused on 12 Brazilian football stadiums in which it will be decided which country may call itself World Champion Football for the coming four years. However, for a large number of people, there is little to celebrate. During the preparations for the big event people are evicted from their land and expelled from their homes to make way for stadiums, hotels and infrastructure. These people will have to a way to try to build up a new life somewhere else, without being adequately compensated for their losses.

Doing a lot with a little
With their project ‘The World Cup in my Backyard’ ('A Copa do Mundo em Meu Lugar'), our Brazilian partner organization CASA saw to it that local groups from all over Brazil were able to show what the World Cup means to them. CASA is a so-called 'Small Grants Facility' and is co-founded by Both ENDS. The organization hands out sums ranging from a few hundred Euros to a maximum of ten thousand Euros to local groups that face social and environmental problems. Sums in the form of small grants  actually reach the people that need it most and know how it can be spent as effectively as possible. With only a few resources local groups often manage to achieve substantial results. 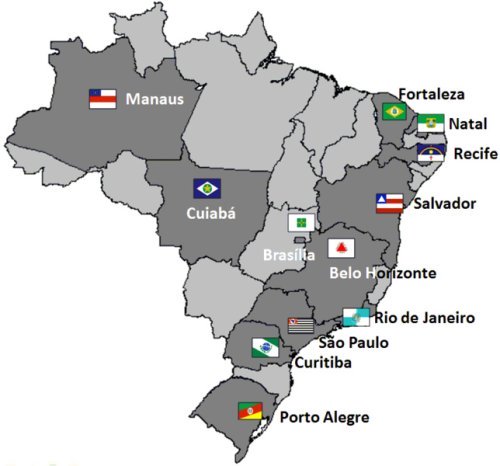 Stand up for your rights
‘The World Cup in my backyard' started last year with a storytelling workshop (see the video below), which was led by two journalists and explored the ways in which the various groups and organizations could tell their story most effectively. One group chose to make a movie, another wanted to do a photo shoot and another decided to make a pamphlet. All stories aim to inform the world, and especially the people of Brazil, of the dark side of the World Cup, and to suggest alternative ways of dealing with the problems these local communities face. In addition, the stories show the stakeholders - who are often marginalized and seemingly powerless - that it is good to raise your voice to protest and stand up for your rights.

Come and see
After the workshop, the group got down to work with creating their productions. This wasn’t always easy as the developments surrounding the World Cup just kept on going. If your house is in danger of being bulldozed, immediate resistance is more important than capturing the event on film. If you are thrown out on the street without compensation, your priority is to find a new home, before you publish a book about it. Nevertheless, in between the tumultuous events the groups managed to capture their experiences. A number of testimonials, stories, photos and videos can already be seen on a website especially created by CASA for the participating partners to show their results and share their experiences. More material will follow soon.

Untold stories
‘The World Cup in my backyard’ is part of the 'Untold Story’ project. With this project, Both ENDS aims to spotlight the work of small local groups in Brazil, South Africa, India, the Philippines and Central Asia. These organizations regularly depend on small gifts (the 'small grants' mentioned) and often have to work under very difficult conditions. The project was made possible through a one-off funding grant from the Dutch 'Nationale Postcode Loterij' (National Zip Code Lottery).