The debt crisis which Greece is currently experiencing is not unique. In the last century, countries like Peru and the Philippines have suffered from enormous debt as well, the result of excessive borrowing from foreign banks. In 2001, Argentina got in deep trouble when the debt became impossible to carry and the country's currency devaluated heavily.

During the Debt and Austerity Conference last May, Both ENDS spoke with activists from Peru, Ireland, Brazil and the Philippines about the financial problems of Greece. What do citizens of these countries think of the situation, how did they themselves feel when they unwillingly got involved in a debt crisis. And more importantly, how did their countries manage to escape those economic catastrophes? 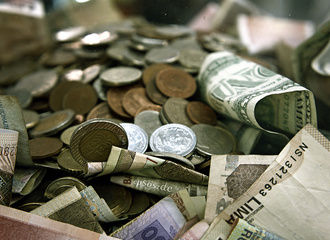