Yesterday, a coalition of more than 130 civil society organisations from all over the world called upon the member of the World Trade Organisation (WTO), to agree to a permanent exemption from the WTO rules on intellectual property rights for the least developed countries in the world. A group of about 20 NGOs (including Both ENDS) took the initiative for this letter, which was coordinated by the Third World Network. On June 9th and 10th the WTO Council for Trade-Related Aspects of Intellectual Property Rights (TRIPS Council) will meet and although the agenda of this meeting is still secret, it is expected that this request will be discussed.

Why should these ‘least developed countries’ or ‘LDCs’ be exempted from this rule which is meant to protect patents? There are several reasons: LDC’s have very weak technological capacities and are disproportionately exposed to the health risks associated with poverty, such as under-nutrition, unsafe water and poor sanitation. Widespread poverty in LDCs means that governments struggle to provide prevention, treatment and care especially where the required pharmaceutical interventions are unaffordable because of patent protection. High prices for medicine are one of the main reasons why people in poor countries do not have access to adequate health care. Generic medicines (which are not patented) are much cheaper.

Both ENDS has been following WTO processes very critically for years. Although the protection of intellectual property right at the WTO causes many problems, it barely gets any attention. Until now, the LDC’s have a non-permanent exception to the rule, and this has to be renewed every few years while it should of course be permanent. Two years ago Both ENDS and other NGOs already tried to get a permanent exception for LDCs, but without much success. We hope that this time the WTO will listen and act. If the WTO should reject this request it would show that the WTO does not give special attention to the poorest countries in the world as it always claims; this would then clearly be a hollow statement. It also would show that the WTO ignores the wish of UN organisations like UNDP and UNAIDS, which are fully supportive of the request. 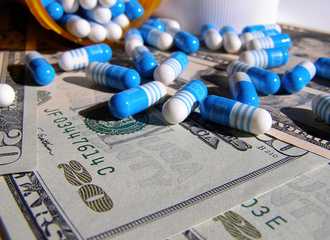