On 28 February 2011, a letter signed by 120 NGOs was sent to the members of the Committee on International Trade. With this letter, the undersigned organizations call upon the European Parliament to support a more balanced investment policy.

The letter was sent on behalf of 91 Civil Society Organizations from the EU, and 29 from outside of Europe. In it, the organizations share their concern about currently existing international investment agreements which grant far reaching rights to foreign investors. One of the main concerns is that these agreements give multinational corporations, hedge funds and other foreign investors the right to sue sovereign states before international arbitration tribunals. Investors and law firms are increasingly making use of this possibility. They do not hesitate to challenge governments' social, environmental and economic regulations if these seem to reduce the profitability of their investments.

The full text of the letter with more detailed demands is available here.

In March and April 2011 the European Parliament will vote on its position regarding future investment agreements. Therefore, in the coming weeks, signatures and other support for this action will be collected to target media and EU institutions.

Any civil society organization, trade union, political party, municipality or other initiative that would like to sign on to the statement can do so by sending an e-mail to: info@s2bnetwork.org  The subject title of the email should be "Just EU Investment Policy now! - Signature".

Individuals are also invited to show their support: they can sign up to an online petition which is available in English, Italian, French, Spanish, Dutch and German.
Available here.

For further information on this subject also see the following article. 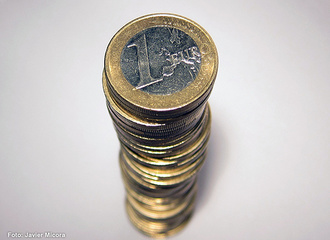