Join the TTIP Debate at the Volkshotel in Amsterdam

By now, TTIP, the new EU-US free trade agreement, has become a hot topic in the Netherlands too. There has been heavy protest against this trade deal from civil society organisations, scientists, lawyers and civilians, who all have set off a ‘TTIP-alarm’. How much truth is there in their concerns about TTIP? What are the implications of TTIP for the Netherlands? If you are curious to find out the answers to these questions, then come to ‘The Big TTIP Debate: The debate about the free trade agreement between the EU and US’ on Friday evening April 17th. Several speakers will discuss with each other and with the audience about the above (and many more) questions.

Will the average civilian notice the consequences of this trade deal? Will it lead to more job opportunities, for example? And what about ISDS (investor-to-state dispute settlement mechanism): will multinationals get a monopoly position? In short: who would like a “cup of TTIP? “.

For the debate, we have invited:

Organised by: TNI, SOMO, Both ENDS, Milieudefensie, FNV and Follow The Money (FTM)

For more information about the debate: check the flyer

For more information about TTIP, read our previous newsitems: 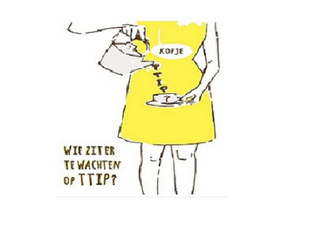