Dutch development bank FMO did not sufficiently take into account the rights of the local population and effects on the environment before approving a $ 25 million loan for the construction of the Barro Blanco dam in Panama. This is not in accordance with FMO’s own standards. This was revealed in the long-awaited report by the independent complaints mechanism (ICM) of the FMO and the German development bank DEG, released on May 29. The report was published in response to a complaint filed by the M-10, the movement representing the affected indigenous Ngöbe population, in May 2014. Both ENDS has been supporting the M-10 in its struggle against the dam for years, and was one of the organisations that supported the complaint.

We are pleased that the conclusions of the independent experts of the ICM support our view that the banks did not comply with their standards.

The dam’s artificial lake will partially flood the territory of the Ngäbe communities living on the shores of the Tabassará river. These people will be forced to leave their homes and places of religious and cultural value. Despite national and international obligations relating to human rights, project developer Genisa failed to obtainthe 'free, prior and informed consent' (FPIC) of the Ngäbe population. According to the report the “lenders should have sought greater clarity on whether there was consent to the project from the appropriate indigenous authorities prior to project approval”.” Another shortcoming relates to the Environmental and Social Action Plan that was appended to the credit agreement. This plan "contains no provision on land acquisition and resettlement and nothing on biodiversity and natural resources management. Neither does it contain any reference to issues related to cultural heritage. ."

In their public reaction to the report, FMO and DEG acknowledge the conclusion of the report that they were not fully appraised at credit approval, but they made no further concrete commitments to ensure that the rights of those affected by the dam will be respected.. The banks claim that they are “facing limitations in their influence” over government processes to come to a satisfactory agreement with all stakeholders involved. Earlier this year though, the development banks did  try to influence the government. In February 2015 the Panamanian government suspended the construction of the dam  on the basis of  Genisa  not acting in accordance with the agreed Environmental Impact Assessment. The breaches included the lack of a legitimate agreement between the Ngöbe and Genisa, and violations of environmental laws.  In reaction to the decision to halt the project, the FMOsent a letter to the Vice President of Panama, urging the government to resume construction as soon as possible. According to the bank, closing down this project could "negatively influence future investment decisions in Panama."

Anouk Franck of Both ENDS is surprised by FMO's reaction: "Instead of insisting on resuming the project, the bank should have shown us that it takes the interests of the local population seriously and that it acts in accordance with its own  policies. Whenever we have meetings with its representatives, FMO assures us that it supports its clients to improve their social and environmental policies and practices. But in the case of Barro Blanco, the bank has shown it does exactly the opposite. In light of the conclusion of the ICM’s reports, indicating the bank did not comply with its standards, we urge FMO to withdraw from the project. Furthermore, to prevent similar situations  in the future human rights impact assessments should become standard procedure at FMO. This is an important instrument to ensure that human rights and environmental standards are guaranteed in future projects."

Also read the  press release of Both ENDS, SOMO and others, published on the 1st of June.

You can also read a summary of the report of the complaints mechanism.

For previous news on barro Blanco on our website:

6 May 2015: Construction of Barro Blanco dam will be resumed

7 May 2014: Complaint against FMO on grievance mechanism.org

In this 'long read' on Barro Blanco  you can find a short overview of what has happened around the dam in in the past few years. 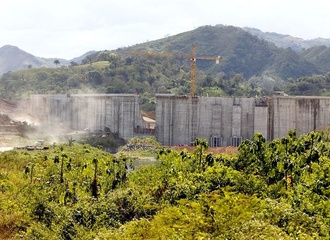