On Thursday November 7th, a group of European NGO's including Both ENDS, sent a letter to Vice-President of the EU Frans Timmermans, in which they ask him to support the phase out of European Investment Bank’s fossil fuel financing by the end of 2020.

We are facing a climate emergency, with devastating consequences for people and the environment. Climate strikes all over the world demonstrate that citizens are mobilising to call on governments to limit global heating and claim climate justice.

During your hearing before the European Parliament you took a very clear and ambitious position on financing to fossil fuels when you said it is ‘absolutely indispensable that we (...) eliminate subventions which continue to favour fossil fuels’. We ask you to confirm this position in regards to the negotiations of the European Investment Bank’s draft Energy Lending Policy.

As Vice-President for the European Green Deal, a fossil-free EIB would be crucial to the success of your work: this is why Commission President von der Leyen committed to making the EIB the EU’s climate bank. We would like to ask you to step in and support the phase out of EIB fossil fuel financing by the end of 2020. This would be a crucial first step in delivering the Green Deal and the Sustainable Europe Investment Plan. An EIB which continued to finance gas projects could undermine the Green Deal’s credibility and would run counter to the wider goal of carbon neutrality in the EU, while both should be priorities for the EU Climate Bank.

So far the European Commission has played a negative role in negotiations on the future Energy Lending Policy. The Commission has pushed for a reintroduction of harmful gas projects and postponing the timing of the EIB’s ban on fossil fuel financing. By doing so, the Juncker Commission is undermining the credibility of both the Green Deal and the Climate Bank before the new Commission mandate has even begun. As the Commission has great influence in the debate and in any future vote on the Energy Lending Policy, a signal of your support for a clear and swift phase-out would be extremely significant.

As NGOs pushing for financial institutions to align their operations with the objectives of the Paris Agreement, we commend the draft energy lending policy published by the European Investment Bank (EIB) in July 2019. In particular, the Bank’s commitment to “stop lending to fossil-fuel energy projects by the end of 2020” would have constituted a major step forward in responding to the climate challenge.

We hope you will take this unique opportunity to transform the EIB into the EU Climate Bank and to put it at the heart of the European Green Deal and the Sustainable Europe Investment Plan. The signatories of this letter assure you of their support in this fight to clean up public finance.

BUND – Friends of the Earth Germany

Friends of the Earth Europe 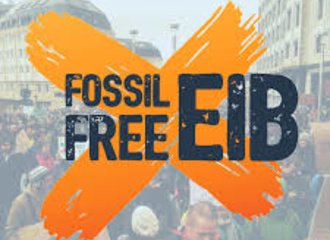