Last week, the European Commission presented a proposal to reform the Investor-to-State Dispute Settlement (ISDS), which forms part of the draft text for Trans-Atlantic Trade and Investment Partnership (TTIP) between the EU and the USA. Yet, it is fraught with problems, as those few adjustments do not even address the heart of the ISDS-problem.

Most of the adjustments were already suggested at the beginning of this year, which mainly address the appointment of judges and the procedures for running court cases. The most important improvements are made within the domain of transparency [1]. It furthermore suggests renaming ISDS for Investment Court System (ICS).

The heart of the ISDS-problem

ISDS is a controversial dispute settlement mechanism, whichenables investors to bypass the national court to sue governments for their national policies and laws. The fundamental problems with ISDS are as follows:

Also, the proposal even denies its own EU-consultation, which indicated that 97% of the voters reject the ISDS. What is more, EU Commissioner Malmström maintains that CETA - the bilateral investment treaty between EU and Canada - will not be adapted, despite the fact that the treaty is not even signed yet. This clearly undermines any possible improvement of ISDS in TTIP, because the majority of American companies can also file a complaint against the EU and its member states through CETA.

Furthermore, we see that different forms of ISDS are already being used to pressure countries in the ‘South’ [2]. The use of ISDS (or ICS) in a ‘Western’ trade agreement, such as TTIP, will continue that approach while also extending it to the ‘North’.

Even less room for maneuver than in American ISDS-treaties

Two articles (Article 3.4 and 7) of the proposal make possible that agreements made elsewhere (e.g. a secret contract) acquire legally binding force. In consultation with the Dutch government and the EU Commission, Both ENDS has repeatedly stressed the big problem of the so-called ‘umbrella clauses’[3]. That is the reason why the USA removed such clauses from the draft text for the ISDS agreements in 2012. Nonetheless, big companies like Chevron are lobbying to reinstate these clauses in treaties like TTIP (see Chevron's TTIP lobby letter). And the new EU proposal actually meets their wishes.

Burghard Ilge of Both ENDS: “What use are these new proposals that call for more transparency, if you do not even know which rights that agreement intends to protect? And better lawyers seem to be a good start, but what is the point if the applicable laws are just not right?”

[1] The EU proposal goes beyond the minimum standards of the UNCTRAL transparency regulation of the Mauritius treaty (a treaty that is still not signed by the Dutch government, by the way)

[2] For more information about the problems with ISDS: ‘To change a BIT is not enough’ (Both ENDS, September 2015) 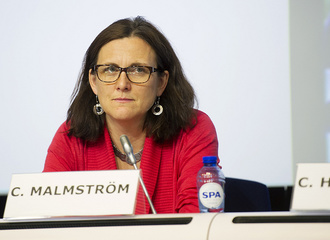