Catching waste from river on Java

How to get people to collect waste from a river? By granting an award for the person collecting most. A waste-collecting competition organised last Saturday in the district of Bogor on Java, Indonesia, proved this formula tho be effective. No less than a thousand local people collected 8650 kilograms of waste from the Cilliwung River.

The event was organised by Telapak, a local organisation and partner of Both ENDS in several projects. The purpose of the competition was twofold: on one hand the cleaning of the river, of which all locals benefit. On the other hand the objective was to raise awareness among local people about the importance of conservation of nature and a clean river in particular. The organisers expect that if people witness how much waste is being dumped into the river of which they all depend, they will take better care of it themselves. 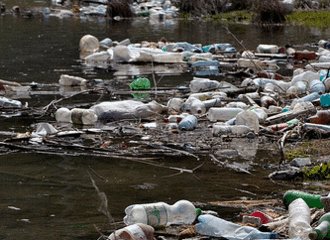