An order, issued by a Brazilian court against the construction of the Belo Monte dam, has been overruled by a higher court. The dam will have disastrous effects on the environment and the population in the area. Moreover, it is questionable whether the supposed benefits will outweigh the high costs and the damage done.

On February 25, a local judge in the state of Pará decided that construction of the dam could not start before all environmental requirements were met. Despite large protests by local and international groups and organizations - one of which was a petition signed by 600,000 people - a higher authority overturned the decision. The developers are now free to go ahead with the construction. Although hydro-power is being promoted as clean energy, large dams often have enormous negative effects. Usually a huge area is flooded. A streaming river is turned into a deep lake emitting large amounts of methane, a greenhouse gas much stronger than CO2. Should the construction of the Belo Monte dam proceed, an area of 500 square kilometers of rain forest will be flooded. The population will be forced to move and the significant biodiversity in the area will be destroyed.

According to its proponents, including the Brazilian government, the Belo Monte dam is vital to meet the rising demand for electricity. The dam would generate enough to supply 23 million households with electricity. The opponents however, argue that the dam will generate much less power as about three to four months per year the water level is very low. In that period the returns would decrease to a maximum of 10 to 30% of the official production estimates.

Both ENDS supports the resistance against the Belo Monte dam, and cooperates on this issue with networks such as International Rivers and Friends of the Earth. Click here for more detailed information on the subject. 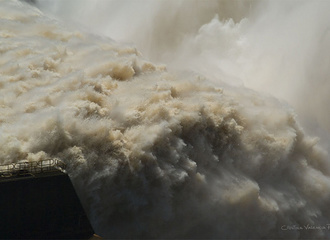