No politics
Also Dutch minister Schultz of Infrastructure is now looking for ways to export the Dutch expertise on water infrastructure works to Myanmar. The sky is the limit: projects such as these will probably be co-financed by the World Bank and the ADB, and presumably by the new Asia Infrastructure Investment Bank as well. Money is perceived as an incentive for development, something exclusively economical, which has nothing to do with politics and should thus be treated separately. But is this a realistic view? 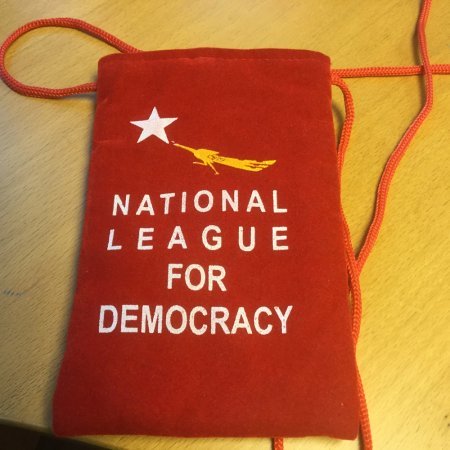 No real power
Myanmar is an interesting test case for the corporate responsibility of multilateral banks, which operate with public money and whose investments should benefit the public good. To what extent is it acceptable to invest in a country which is governed by obscure cronies? Myanmar's parliament continues to be dominated by former generals despite political reforms in 2011, which ended outright military rule. The country has a military veto in place, and still excludes Aung San Suu Kyi from real presidential power, despite her glorious victory during the elections of November 8th this year. Also, the civil war in Kachin and the west of the country, which has been going on for decades already, never stopped and silently continues, In 2011, just when the first deals between Myanmar and the International Financial Institutions (IFIs) about debt restructuring and new loans were concluded, the bombing of civil population in Kachin state intensified.

Democracy first
Does democracy help development at all? Sai* - a young environmentalist from Shan state who was connected to Both ENDS via our Joke Waller-Hunter foundation, has a clear opinion about the influx of 'capital for development'. The Shan people belong to one of the ethnic groups that have been living in Myanmar for ages but have been marginalized by the ruling Burmese elite. "Development experts often say that development comes first, and after that peace will follow by itself. But in Myanmar, the military government used development projects merely as a tool for ethnic cleansing. Almost all natural resources are located on land and territory of ethnic groups, so the military government sends its troops to those areas to 'guard' mines and dams, all in the name of development and security."

Forest, mountains and rivers
Clearly, what people need in Myanmar is information about their rights and how to claim them. Also, the principle of Free Prior and Informed Consent for ethnic groups should be adopted. This means that development projects can only be implemented after the local population has been informed and consulted and has given its approval. And last but not least, all different groups should be represented in the parliamentary system. Without these changes, the question remains if the elections of November 8 will benefit a large part of the Myanmar population. According to one of my other Shan friends, James Aung*, the majority of Burmese people in remote areas is still not aware of the political changes and the basic rights they could use to protect and defend their family, community and natural resources. In a book written by Arundhati Roy about the Adivasi in India, I read a phrase that reflects the situation very well: "As long as there can be no confidence in the state, forest people in remote areas, who might be impacted negatively by the developments, know that only the forests, the mountains and rivers protect them."

Development projects?
"Multilateral banks should first provide civic education through grants to government and community based organizations (CSOs), facilitate good governance and enhance the democracy system in Myanmar before they decide to invest in development projects", says James Aung. "If the local people are aware of their own rights, they can participate in the development projects that are planned in their area. Otherwise these projects will bring destruction instead of development, all at the expense of innocent people."

Public decisions about public money
Banks too often consider themselves non-political entities. But the so-called non-political decisions that are taken in the bank's board about what to invest or not to invest in, too often have severe social, environmental and political consequences. This is why these decisions should be brought into the public arena of democratic decision making in which civil society can have their say. People should be made aware about the rights (and obligations) they have. And public bankers must be made aware that enhancing democratic reforms in countries should go hand in hand with democratizing the decision making about spending the money.

So what's next for Myanmar?
The generals don't seem to be very willing to give up control: a quarter of the seats in the parliament is still reserved for the military, and the ministries of Defense, Justice, and Internal Affairs will also remain in their hands. The new government will be crippled and can hardly be a game-changer. Abuses by the military and police against minority groups in the country can continue as if nothing changed. Probably the majority of companies -such as mining or timber logging companies - will remain in the hands of the generals and their families and stay under military control. Exploitation of natural resources will still be the country's big economic motor and militarization of project areas around dams or mines, environmental harm and a loss of livelihoods will continue to be daily routine. Let's hope the coming years before the next elections will bring real democratic and constitutional change for Myanmar. Meanwhile, multilateral banks should stop advancing and stimulating the economic agenda for a small elite of ambitious politicians who are willing to jump to the commands of foreign investors.

* Names of people are faked, for safety reasons.