Home
>
What's new
>
Blogs
>
Experiencing the Sanctity of Life: Overcoming the crisis with care for nature and the environment

Experiencing the Sanctity of Life: Overcoming the crisis with care for nature and the environment

Experiencing the Sanctity of Life: Overcoming the crisis with care for nature and the environment

"In fact my dream is more like a programme", Miranda apologises. "I want land reform. That is the solution to several key issues in Brazil: the concentration of land in the hands of a small minority, the need to reinforce food production for the domestic market, and the fragile food sovereignty situation." Miranda says that the latter refers to the farmers' right to work the land in a sustainable manner and that the farmers themselves should decide how they wish to do this. "Land reform must respect regional and cultural differences. The indigenous people who live close to the Amazon River farm their land in a way that is different from those who live in one of the hundreds of quilombos in Brazil. They have a different culture and they face unique problems." The quilombos were originally places where escaped slaves secretly settled. They still live there today in small communities of cooperative farmers. "They are bound by their marginal place in society. They lead a hard life."

What could these disadvantaged communities of small farmers and indigenous people gain from land reform? "To begin with, they would receive technical and financial assistance from the government. Today, this assistance goes almost exclusively to large-scale agribusinesses. This means that government technicians and agronomists should assist these small farmers in helping satisfy their wishes. Small farmers don't want to or cannot, for example, use genetically manipulated seed because that would make them fully dependent on a handful of large companies. They don't have the money to be constantly applying pesticides. And since they have little money, they are less credit-worthy to the banks. They don't have much use for large agricultural machinery." Miranda believes that assisting these smallholders would require Brazil to modify its present agricultural policies. Policymakers currently focus mainly on exporting bulk commodities such as soybeans, coffee, and citrus fruits.

As a result of land reform measures, we see the emergence of stable and peaceful rural communities that produce food for their own regions. Moema Miranda refers to this in the context of philosopher-theologian, Ivan Illich's concept of conviviality. In simple terms, this means "living together". But Illich adds political meaning to this term. For him it meant self-determination, which is contrary to current industrial production methods. Illich believed that the way in which Western economies shape their economies is in direct conflict with this right to self-determination by robbing peasant communities of their vital skills and knowledge. Farmers thus become dependent and grow ever poorer.

Spiritual connection
Miranda: "For me, conviviality means that there is an autonomous and creative interaction amongst people, and a responsible interaction with their surroundings. It is also a critique of the belief in progress, of the idea that we can solve every problem through technology and boundless growth." Miranda, who describes herself as a devout Christian, discusses the ideas of Francis of Assisi: "He talks about the feeling of being one with the environment, with the universe, instead of being superior to other people. Imagine people no longer living in constant fear and the uncertainty that they may lose their land, people no longer fearing that the construction of a large dam will destroy their farmlands and their entire livelihoods, and wondering whether they will be able to feed their children and send them to school. In this scenario, people may begin gaining a spiritual connection to the sanctity of life. If the tensions in Brazilian society were to subside, we would all live happier lives. Not in the sense of more, more, more, but in the sense of a good life."

Farming communities that function well can produce food for local markets. "Thus, the production and transportation lines grow shorter. Today we observe the strange situation that Brazil, for example, has concentrated its dairy production mainly in the South. Milk for the rest of the country must be transported thousands of kilometres. If you produce milk and other agricultural products on a regional level, you could feed the metropolises of Rio and São Paulo with produce grown in the immediate area. This would certainly help lower food prices as a result of the much lower transportation costs, while farmers would end up earning more. If these regions were to develop, living there would become a more attractive option; people would not feel compelled to move to the cities and this would take away part of the burden placed on these urban centres."

At the other end of the spectrum are the large-scale agribusinesses that often control over 1,000 hectares of farmland where they almost always produce cash crops for export such as soybeans, citrus fruits, coffee, and cocoa. They represent less than 1 percent of the total number of farmers but control 45 percent of the total farmland. This skewed distribution of farmland leads to considerable social tensions. Another factor that leads to increased conflict in rural areas is that 20 percent of Brazil lacks any kind of official land titles. This means that anyone can claim this land, which, in practice, usually means people who do not hesitate to use violence end up claiming the land.

Mega-Farms
In large parts of Brazil, violence is the norm. Farmland is increasingly being allocated for monocrops such as soybeans. Small peasant communities without the legal deeds to the land often have to vacate their land and make way for various industrial mega-farming companies. The threatened communities eventually organise and some end up taking radical measures and resist the corporate land grab, which often ends to violence. But, for all their efforts, it usually means the farmers are left holding the short end of the stick. Miranda: "This struggle for land is not new; it is part of the history of the colonisation of our country. If we can solve the completely skewed land ownership issue, and thus eliminate the source of the violence, the entire country would benefit."

Land reform used to be a high priority for the Brazilian Labour Party (PT), although it never really grabbed the bull by the horns, despite the fact that the president has been a member of the same party for ten years by now. Miranda, a former member of the PT, is disappointed. "I will absolutely not minimise the accomplishments of the past ten years. Thanks to, for example, the bolsa familiar, an allowance for households that send their children to school, poverty has been drastically reduced. The indigent have become poor, the poor have joined the middle class. But the rich keep getting richer."

Miranda has her doubts about Brazil's economic miracle. She regrets that the market economy has not been thoroughly reformed over the past 10 years of the PT being in power. And any chances of this occurring remain minimal. "Brazil is euphoric. Many more people can consume, which is mainly the result of the fantastic world market prices that our main export products - mining and agricultural products - command. This is mainly thanks to China. The President says: 'There are still poor people in Brazil, we have to do something about this, we have to grow.' Criticism is difficult amongst all this euphoria. 'Our turn has finally come', is the predominant feeling among many people, 'we also want a car, a house, our holidays. Stop bothering us with your environmental horror stories'." Miranda is convince that this increase in wealth glosses over the fact that the gap between the rich and the poor remains profound and basically unchanged. "We are still among the most economically unequal countries in the world. Addressing inequality should be at the core of everything that the political sector does."

Power Generation
Miranda also dreams of a completely different type of energy. "Presently, our energy needs are met by mega-projects: huge hydroelectric power plants such as Itaipú, Belo Monte, and Tucuruí. The negative impact of the necessary dams - with large parcels of land being flooded and expropriations affecting sometimes tens of thousands of people - comes at the expense of Brazil's neighbours, because many of these dams are built along Brazil's borders. The immediate region around the dams seldom receives any benefits from the energy generated that goes to big cities such as Rio and São Paulo and to large energy-consuming projects such as the mines. We have to end this situation. And we have to get rid of nuclear energy, which is once again being discussed as an option. We must opt for small-scale projects and the notion of local power generation."

In Europe, important social issues such as poverty and unsatisfactory health services for large parts of the population were addressed only after they started to affect the wealthier segments of society. That is how sewers, clean drinking water, toilets, minimum wages, and unemployment benefits came in to being. Miranda: "This is not how things happen here. Our government puts its faith mainly in economic growth, based on the idea that everyone will then earn more. My question is how long this model will work. How long will China grow and how long will it need our agricultural products and minerals? Petroleum has now been found off the coast of Brazil. What are the risks involved if we become an oil-revenue-dependent country? The socialist parties have never been overly concerned with nature and the environment. On the contrary, they believe that the full exploitation of production is a necessary phase in the transition towards socialism. The environment and sustainability are therefore put on standby. In my dream, concern for the environment and nature is precisely the way to overcome the current crisis. In other words, it is not something we will only do after all the rest has been fixed." 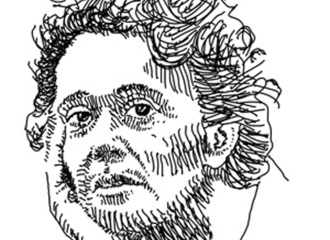