Anouk Franck and Annelieke Douma: A huge pile of money

Anouk Franck and Annelieke Douma: A huge pile of money

The rich countries aim to make sure the money spent as efficiently as possible, and thus opt for existing channels and institutions such as the World Bank. But these countries themselves feel the economic crisis and shrinking budgets. In order to keep their ‘climate promise’, they try to encourage the private sector to invest in climate through subsidies. But does the money end up this way with the average poor female farmer in Kenya who sees her crop fail due to increasing drought? That is questionable.

Developing countries aim for "Direct Access", meaning national governments can directly access the dollars. This way they can decide how to spend the money in their own country in the best way. This not only increases country ownership of these governments, it also leads to more effectiveness when it is embedded into existing structures and policies. But even if national governments would get direct access to climate finance, would the dollars trickle down to those who are hit hardest by climate change? Or include promising climate initiatives already being taken up by organizations outside the national government?

The impact of climate change is felt locally. At this level people, civil society, local governments and companies are actively looking for ways to adapt to more difficult conditions. They work on small-scale irrigation, erosion prevention or change to more drought resistant crops. They also often offer sustainable solutions for reducing CO2 emissions. These local actors should therefore not only benefit from climate money, they are also essential for deciding where and how it should be spent to get the best results.  They have detailed knowledge of their specific circumstances and know what will or will not work.

Experiences with other climate funds show that most of the money is still channeled through multilateral institutions, of the role of Direct Access is still small, and that it does not reach the local level sufficiently. Will the Green Climate Fund do things differently this time as it said it would? Will national governments and local actors really be taken seriously? And will countries like the Netherlands that take their climate money straight from their development cooperation budget focus on the interests of the most vulnerable groups in poor countries? We will see in Berlin this week. 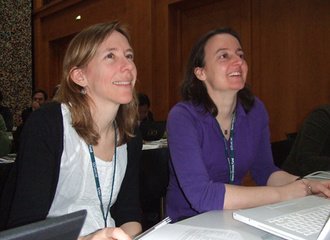 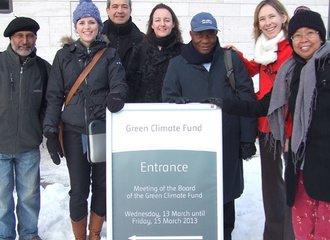