Tapping the Potential of Renewables

This paper provides a preliminary assessment of the energy-lending strategy of the European Investment Bank (EIB) in African countries in terms of their impact on poverty alleviation.

The EIB's portfolio of energy funding to African countries has a strong orientation towards the construction and restoration of hydropower dams and the refurbishment and expansion of power grids. It appears to neglect the potential of investments in new renewable energy technology and decentralised power generation which would provide an alternative option better suited to reaching the poor, especially in rural areas.

According to the United Nations Development Programme, access to energy for the poor is a prerequisite for achieving the anti-poverty targets contained within the Millennium Development Goals (MDGs). 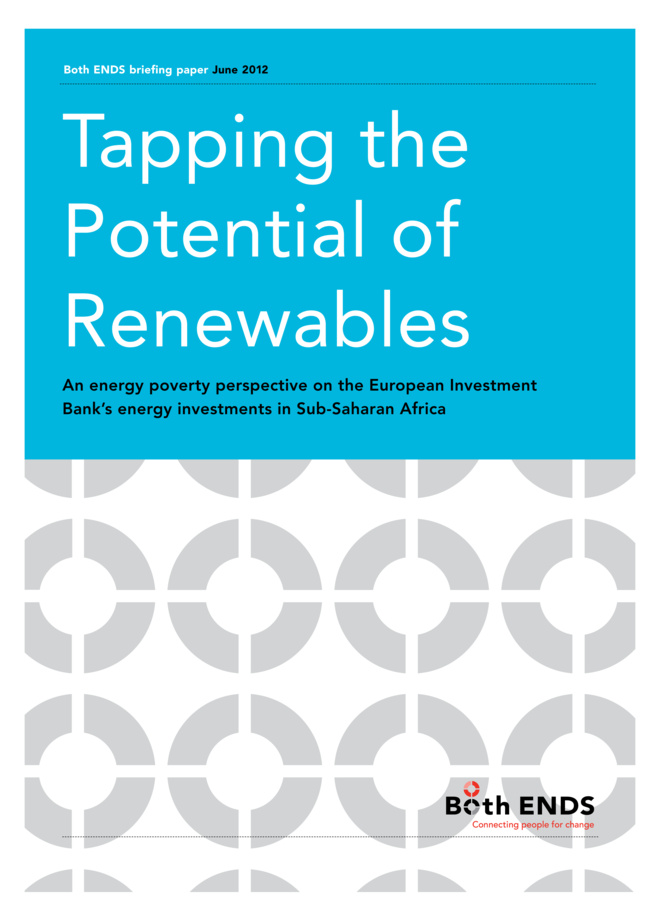