Alfred Lahai Brownell, director of our Liberian partner organization Green Advocates has won the prestigious Goldman Environmental Prize last month. He is awarded for his efforts to protect Liberian rainforest from palm oil concessions. In the past, Both ENDS has worked with Alfred Brownell and his organization which filed a complaint against palm oil company GVL.

According to the Goldman Prize, "under threat of violence, environmental lawyer and activist Alfred Brownell stopped the clear-cutting of Liberia's tropical forests by palm oil plantation developers. His campaign protected 513,500 acres of primary forest that constitute one of the world's most important biodiversity hotspots, enabling indigenous communities to continue their stewardship of the forest."

RSPO complaint to save the forest

In 2012, Alfred Brownell filed a complaint against Golden Veroleum Liberia (GVL) at the Round Table on Sustainable Palm Oil (RSPO), because RSPO-member GVL was found to be violating the RSPO standard. RSPO ordered GVL to stop the expansion of their palm oil plantations in Liberia, which prevented the loss off more than 500,000 hectares of precious rainforest and the loss of livelihoods and even eviction of many indigenous communities.

Both ENDS supported Alfred Brownell and his organization Green Advocates and other Liberian NGOs in the complaint process. An extensive report on the GVL case is included in Both ENDS's publication 'Governance, agricultural development, nature conservation and land and water distribution in Africa'.

Both ENDS is still working with Green Advocates, amongst others in a network of organisations working on international financial institutions in the African continent.

Also watch the video made by the Goldman Prize about Alfred Brownell:

The European Goldman prize recipient is also well-known to Both ENDS. Ana Colovic Lesoska, from our partner CEE Bankwatch and from the North Macedonian organisation Eko-Svest, has received the award for her succesfull halting of two hydropower dams in her country.

We congratulate Alfred Brownell and Ana Colovic Lesoska with their well-deserved awards, and of course also the other Goldman Prize recipients! 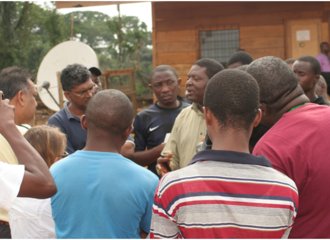 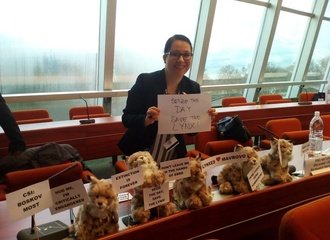