A year ago, the Senegalese NGO Takkom Jerry filed a complaint with the African Development Bank (AfDB) and the Dutch Development Bank FMO, with support from Both ENDS. These banks finance the Sendou coal power station, right next to the fishing village of Bargny. The AfDB has now recognized the complaint. FMO is already processing the complaint and will publish an official response shortly.

Residents of Bargny fear the social and environmental effects of the coal plant, which is still under construction. The cooling water will be discharged into the sea and disrupt the life of fish, which has consequences for local fishermen. In addition, the coal power station causes air pollution in the immediate vicinity. Women who now dry and package fish for export on and next to the terrain of the future power plant, will not be allowed to do so any longer. However, there has been no consultation with local stakeholders and compensation is not yet in sight.

This is not in compliance with the banks' own policies. Therefore, in May 2016, NGO Takkom Jerry submitted a complaint with the banks, with the help of Both ENDS, SOMO and Lumière Synergie pour le Développement (LSD).

AfDB: complaint accepted
A year later, the board of the AfDB finally recognized the complaint. This probably took so long because after receiving a complaint, the bank first carries out a preliminary investigation by independent experts. Only if the complaint appears to be justified, it is accepted by the board.

In the case of Sendou, the AfDB identified a number of issues which are against their own policies. This includes loss of income for the more than 1,000 women who live off the drying and packaging of fish, taking plots of land without compensation, the risk of water pollution and poor consultation of stakeholders.

The independent experts will now investigate further to check their preliminary conclusion and advise the bank on the measures to be taken. 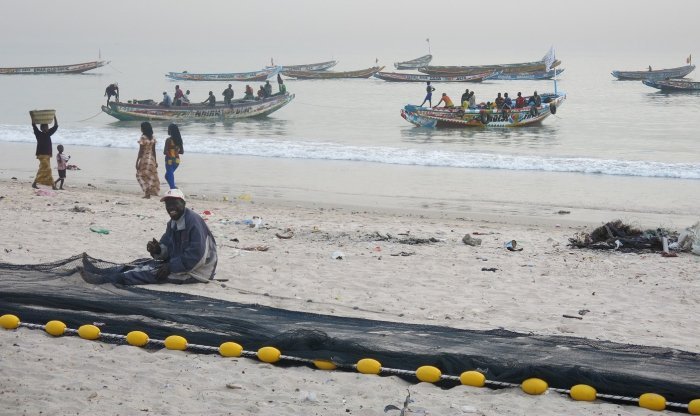 Fisherman on the beach near Bargny, 2014

FMO: report almost finished
The Dutch FMO immediately accepted the complaint and sent a research delegation to Bargny. Their findings are likely to be published shortly. If it turns out that the Sendou project is not in compliance with the bank's own rules, the research panel will advise the bank to take steps to change that. Both ENDS will ensure that the FMO keeps to its own policies and promises.

According to its current investment policy, FMO doesn't fund coal-fired power plants any more, but that policy was not yet in place when the Sendou project was launched. According to Both ENDS, however, this could be an additional motivation for FMO to withdraw from the coal power station in response to the complaints.

Now what?
In Senegal, the acceptance of the complaint by the AFDB has been welcomed. Takkom Jerry and LSD will now organize meetings with the local stakeholders with support from Both ENDS, to inform them how the complaint procedure will continue, and develop a follow-up strategy to continue their fight against the coal-fired power station.

More information:
In this video of 2 years ago, Bargny residents show why they are opposing the construction of the Sendou coal power station:

Also read our previous articles about the complaint mechanism of FMO and AfDB: