However, a great number of powerful forces, like large oil companies, are still at bay denying the problems at hand. Barely four months ago, we witnessed how the Telders Foundation, the scientific institute affiliated to the Dutch political party VVD, issued the climate skeptic report ‘Zeker van Energie’. Political heavyweight Ed Nijpels of the VVD hastily distanced himself from the report, and VVD-minister Kamp refused to accept the recommendations, thereby continuing his support of wind energy.

Even Mark Rutte has made a strong case for ‘green-right’ in the past. Together with 150 other heads of government, he has been invited by UN boss Ban Ki-moon to attend the UN Climate Summit in New York. Rutte has ignored the publicised opinion of his party’s scientific institute, and will be present in Manhattan this Tuesday. Ban Ki-moon has requested the heads of government whom he has invited to the Summit to ‘stress the urgency of climate change’, while also calling for ‘climate action and ambition’. Or, in layman’s terms: a request to governments to pull out their wallets. This will however prove to be a tricky task, as we are currently dealing with a long list of other global crises which also demand large monetary contributions.

So what does prime-minister Rutte have in store for Manhattan? Up until now, most countries have been rather careful regarding their position and possible contribution. The only exception however is Angela Merkel. Germany’s Chancellor has come forward with €750 million; this amount is intended for the so-called ‘Green Climate Fund’, a UN fund in the making which will support developing countries and their measures against climate change. From this fund, up to $100 billion a year will eventually have to be invested in climate until 2020. Our opinion is that prime-minister Rutte, once he sets foot in Manhattan, should follow Merkel’s example and pledge a substantial financial contribution. By doing so, he can set a precedent and kickstart the climate negotiations of later this year, during which the usage of the fund will be discussed.

Manhattan will be teeming with government officials, VIPS and other important people. Rutte will have the opportunity to meet many of them. Yet, are they really the main characters of this drama? Actually we would much rather see Rutte in contact with those people who have already been affected by the consequences of climate change. After all, it is their seldom told stories which should be heard at such events. This time, however, they will be present in the program ‘Voices from the Climate Front Lines’. Rutte will also be able to listen to inspiring initiatives set up by local groups fighting against their changing environment. Like people such as Ursula Rakova in Papua New Guinea, who – together with her entire village - has been trying to move to the mainland as their island has been affected by salinisation and is on the verge of being flooded. Or take Ken Kinney, who is dedicated to sharing his knowledge amongst farmers in Ghana, so that food production remains stable despite the absence of rain.

Last year it was decided that the funding for climate, to be announced in Manhattan, will be taken from the Dutch development aid budget. This is, however, a peculiar logic. Why should there be less money for developing countries to solve a problem which not they, but the Western world and the Chinese have caused? Moreover, the Dutch House of Representatives has decided that Dutch money for climate should come from not only the government, but also from companies. Our opinion is that tax money (because that is what it eventually is about) should not be used to coax companies to join in. This would leave too little for the important work of Ursula and Ken. After all, investments from companies often have negative outcomes for people like them. Therefore, it should be Rutte’s task to listen to Ursula and Ken and conclude that the Netherlands should spend a significant proportion of public money on large climate change issues.

The Dutch taxpayer prefers transparency when it comes to knowing where his money goes. In 2010, the Netherlands was the first to set up an accessible online overview of climate funding expenditure during 2010-2012. Upon his return from Manhattan, Rutte should seek to revive this initiative. At the moment, it seems as though millions of euros paid by Dutch citizens have disappeared in an obscure forest of funds. This obviously does not contribute to raising support for the cause. And, what also isn’t helping is that we are spending much on tackling climate change on the one hand, while at the same time are supporting a bank such as the World Bank, which continues to invest in coal-fired power plants and other hazardous techniques. All in all, the fight against climate change demands a consistent policy in all areas. It is prime-minister Rutte’s task at the Summit to convey this message. Because – eventually - all other current global crises are peanuts in comparison to the climate crisis. 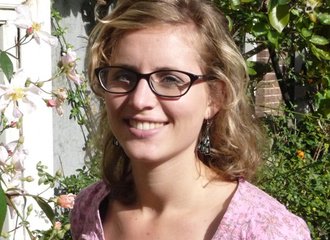