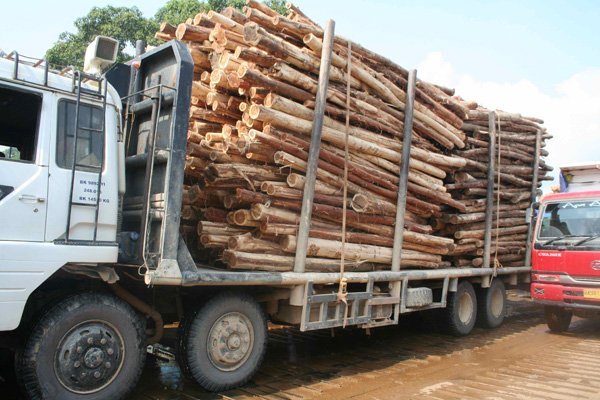 In Teluk Meranti, we are welcomed by the kepala desa (administrative village head) and around twenty villagers, including four women. The women tell us that the children show signs of itching, coughing and fatigue. Their main income comes from rubber and small palm oil plantations – the latter just starting up. Before 2010, there were rice paddies here, providing work for half of the people from the village. When the palm oil plantations came, people left their fields for wage work. Some paddies were flooded because of the plantation canals. They buy their food at the market, and don’t grow vegetables themselves. 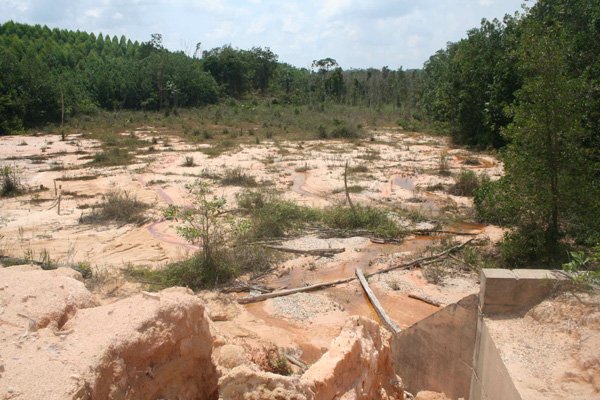 RAPP has promised to meet the condition of reserving 5% of their concession and planting it for the residents. The villagers chose rubber. The planting was supposed to be finished in 2011, but the company has yet to come through. According to these people, there are fewer fish because of the sedimentation caused by the plantations. The biggest worry of the kepala desa is the future land use for the villagers. The village has applied for a hutan desa (’village forest’) permit, a licence to manage a certain part of the wood in a sustainable way, but the Ministry of Forestry rejected their appeal. The area was given into concession to a plantation company, causing the villagers to be banned from this area.

Our conclusion is that first and foremost, this village needs a land use plan, recognised by all parties. There is a lot of knowledge and experience in the field of spatial planning in the Netherlands, which could be of great help to the people in this area.

Before we depart, Rob gives us his vision on the current state of the river. He explains that the effects of an intervention in a river system depend on all sorts of unpredictable coincidences and het tells anecdote from when he was working at Rijkswaterstaat. In a laboratory a watershed was simulated. The exact same upstream intervention was done twice, but the first time the water flowed towards the left and the next time towards the right. The scientists in the laboratory never found outwhy this occurred. 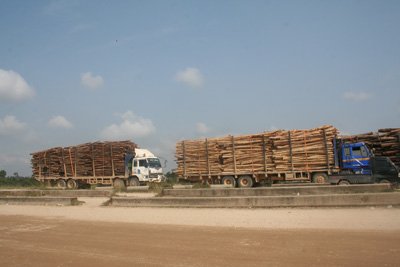 Next we go to Pekan Baru, to prepare for the meeting at 'BWS': the provincial body for catchment management, which is part of the Ministry for Spatial Planning (PU). Zen from Telapak invited various stakeholders to do an inventory of problems in Kampar basin. The list of invitees is long: in addition to governments, citizens and NGOs also pulp & paper factory RAPP and GAPKI Riau are invited.