Earlier this week, EU Commissioner for Trade Cecilia Malmström presented a set of proposals for reforming investment protection standards and the dispute settlement mechanism ISDS (investor-to-state arbitration). The Seattle to Brussels Network (S2B), of which Both ENDS is a member, thinks that Malmström’s proposed adjustments are not far-reaching enough. They will not significantly reform the ISDS system. The organisation has published an analysis report on this.

In the report, S2B mentions several arguments why Malmström’s proposed reforms will not address the key problems of ISDS. For one, the Commissioner has ignored the outcome of the public consultation of last January. The reforms will not tackle the fundamental problems of ISDS, as the risk of European governments being sued by companies would still remain high. In short, S2B strongly opposes the inclusion of an ISDS clause in TTIP.

Both ENDS is a member of S2B and active in its protest against TTIP and ISDS.

Our earlier news items on TTIP and ISDS:

April 17th 2015: Join the TTIP debate at the Volkshotel in Amsterdam

And on ISDS in other investment agreements:

October 31st 2013: BIT-treaty between the Netherlands and South Africa cancelled 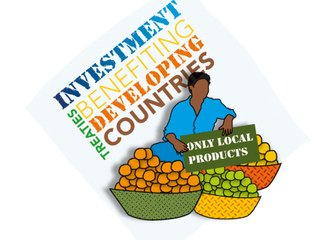