Rio+20, a tale of hares and headlights

By Nathalie van Haren
Rio+20, a tale of hares and headlights

In contrast to the Rio declaration of 1992, this one is lengthy and wooly. It recognises many problems and reaffirms previous agreements, which sounds pretty good, but unfortunately the text completely lacks urgency, targets, commitment or action plans. It addresses nothing new, really. While many people still don't have enough to eat. While the rights of small farmers, fisherfolk and forest dwellers are massively being disregarded. While nature is under constant attack and the world's financial system is on the verge of collapsing.

Looking at this Future We Want we really don't see an image of the future, but rather of political leaders incapable of acting. Like hares caught in headlights they sit, too scared to move, waiting for the inevitable. They don't see - or don't want to see - the need for change, for new strategies, for a new paradigm. It's just business as usual.

But when we really try hard, there are a few sparks of hope to be detected. The right to food and the right to water are explicitly mentioned. That's good news for advocates of the rights-based approach, some of Both ENDS' partners included. Another spark is the fact that Committee on World Food Security (CFS) is rightly presented as a good example of multi stakeholder participation within the UN. And even more important: the text explicitly mentions CFS's major accomplishment, the Voluntary Guidelines on the Responsible Governance of Tenure of Land, Fisheries and Forests in the Context of National Food Security - a rather tedious name for a very important and quite beautiful document. And even though these guidelines are voluntary in nature, they provide an excellent starting point for local communities and CSOs to persuade their governments to create fair tenure systems for land, fisheries and forests so that land grabbing will be a thing of the past.

Rio+20 has left me with a sense of haste and zeal. If I had to point out one single thing I've taken home from it, it would be this: we can't afford to wait and see if someone will stand up and guide us to the future we want. We'll have to get there ourselves. We have to make our future, be part of the change and above all do good.

For other accounts of Rio+20, check: 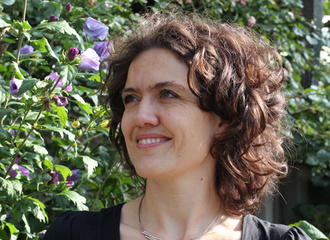