Affected by a canal that doesn't yet exist

The canal will bring prosperity and take Nicaragua out of poverty once and for all, or so the government states, for the country is to be an important 'transport-hub'. In addition to the canal itself, the plan includes two free trade zones, an oil pipeline, an international airport, a port on each coast, and a number of tourist complexes. But who is going to profit from this new prosperity? The small farmers and fishermen are especially afraid to lose access to their fields and fishing grounds because the concession for the construction of the canal gives the investor practically unlimited access to Nicaragua's wealth of natural resources. And it is precisely these farmers and fishermen whose livelihoods depend on these resources. 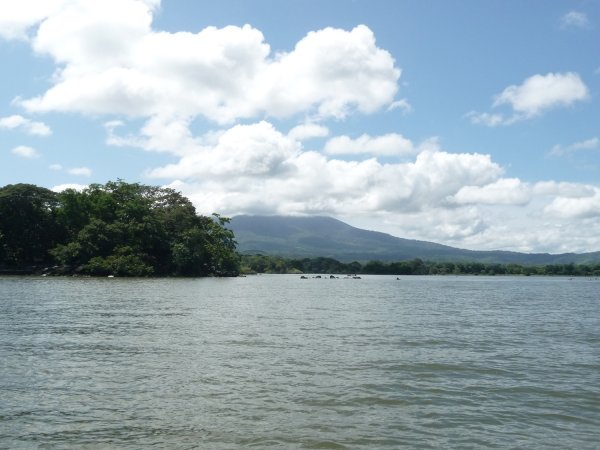 A large part of the canal will pass straight through Lake Nicaragua in the southwest of the country. Señor Alfredo Nuñez* has been living much of his life on the volcanic Island Ometepe in the middle of the lake. We meet him on a little square in one of the villages on the island, where he sells the vegetables he grows at the market every week. Just as nearly all 35 thousand inhabitants of the island, he is very worried. The lake is the largest freshwater reservoir in the region, and people fear declining fish stocks and poorer water quality. The vast water surface will be crossed by huge ships that are too large for the Panama Canal, but now will be able to use the shorter route between the Atlantic and the Pacific Ocean. 'But in some places, the lake is only 8 metres deep, while the really large container ships need a depth of at least 35 metres,' Alfredo sighs. 'They are going to use explosives to deepen the canal and that is detrimental to the ecosystem.'

The life of the islanders has been turned completely upside down since the plans for the canal were announced. Several people have been incarcerated for a few days at the end of October because they took part in a demonstration against the canal. Alfredo gives us a tired look. 'And that was not even the worse. All our money goes to the protests. We have to take the ferry to meet the other people in the canal zone and prepare protests, and that costs money. I know people who went to the US to earn money to pay off their debt.' Besides money, it also takes up a lot of time. 'Farmers like me produce less food because we spend a large part of our time on organising our protests against the construction of the canal.' 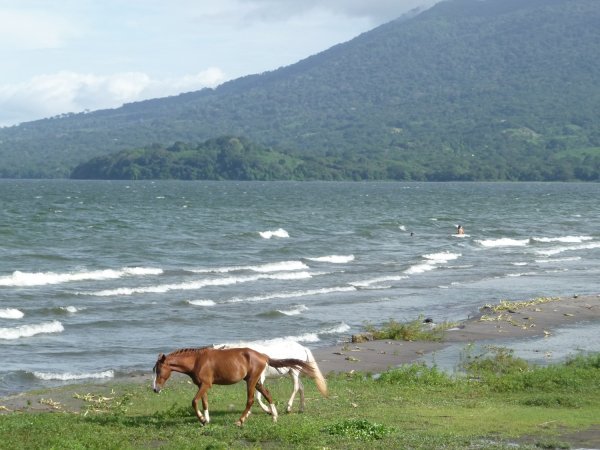 Many local farming families are afraid they will be forced off their land, and that fear is founded: on both sides of the canal, a strip of 10 kilometres will be in the hands of the investor from Hong Kong. All of those living there now – 30,000 people according to the government, more like 100,000-200,000 according to the critics – will have to be relocated. The compensation they will receive for their land will be based on the cadastral prices. But those prices are often well below market value, so buying land somewhere else is not in the cards. And people that have no official land title will get no compensation whatsoever. So many families are fresh out of options, and the only hope for these people are the official nature reserves.

'It is almost unbelievable, but within a single week a change in the law was passed that will allow the Chinese investor access to all natural resources in all of Nicaragua for the next 100 years, for the development of the company's projects,' says Monica Lopez, activist and environmental lawyer of the PoPolna organisation. 'Under this new law, anyone can be thrown of their land, no questions asked. And there are also plans to extend the time a person can be detained before he is brought to trial. This is 48 hours now, but under the guise of national security, it will be 45 days!’ 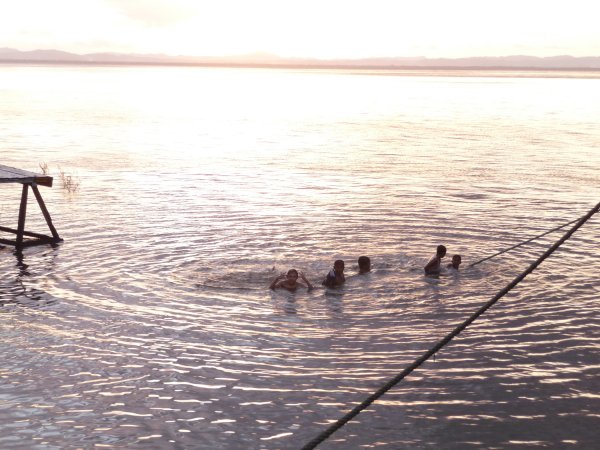 This story is illustrative of what is happening on a large scale all over the world. Large infrastructure projects pop up everywhere, and the local population and nature suffer as a result. There are international standards and treaties that should prevent the negative consequences of these kinds of projects on people and the environment, but in practice governments and investors often ignore these or deliberately circumvent them. Contracts are brokered behind closed doors, laws that protect the rights of the local population are eroded, communities are threatened and forced to give their permission for the project, without having been consulted in advance and without access to the right information.

The Netherlands is involved in many infrastructure projects across the world and this is also the case here in Nicaragua. Not surprisingly, because the Dutch business community has much expertise in the field of water management, port development and dredging. At the end of 2014, the Nicaraguan Interior Minister met with over ten Dutch companies all hoping that the construction of the canal will bring a lot of business their way. These companies, which proclaim to be forerunners of sustainability, have to ask themselves whether it is a good idea to contribute to the implementation of a project that violates human rights on a large scale.

But the Netherlands is also involved in the project in another way: seven letterbox companies in our country are part of the financial architecture behind the project. These are foreign companies that invest in the canal, and that have established their domicile in our country for the sole purpose of profiting from our favourable tax climate. In this way, the Dutch government indirectly helps to fund the canal, while the Netherlands should in fact be critical. The Dutch government should raise the issue of human rights violations and condemn these instead of looking the other way, trying to get contracts for our 'top-sector water' and facilitating the funding of this project through letterbox companies.

Both ENDS will continue to remind the Dutch government of that responsibility, and help put this case on the agenda of regional and international policy makers and investors. In addition, we will continue to support our partner organisations in their fight against the gross violations of human rights, land expropriations, intimidation and the destruction of the environment that come with the construction of the canal.

*For safety reasons, the name is fictitious .

For more information about the Nicaragua canal, see: