The day is October 26th, and in Bangladesh, also the celebration of the Day of Sanitation. I am driving with our WASH1 partner DORP to the district of Laxmipur in the country’s south, to attend several meetings on water and sanitation. These meetings – with the right to water and sanitation as the central theme - have been organized by Zobair Hassan, my contactperson at DORP. The chairman of DORP, a recently retired additional secretary, has also joined us for the trip. We are welcomed by the sub-district commissioner and his staff, who hand the chairman and me some flowers as well. Of course, we thankfully accept this kind gift, although I myself am not so sure what to do with them: a vase to put them in is nowhere in sight.

Not long after we have taken a seat in the reception room (and, of course, the chairman is at the head of the table: which clearly shows the importance of hierarchy in Bangladeshi society), everyone suddenly stands up again. I, however, am initially not aware of anything and stay put, until someone enters and comes to shake our hand. I later find out that this is the joint-secretary (local government division) of the Ministry of LGRD & Cooperatives. There is no doubt that this is a very prominent guest, which also becomes evident from the sub-district commissioner’s deep bow. And it has become clear that the events of the day are all in light of this ceremonious meeting. First, there was the procession, intended to raise awareness of the relevance of good sanitation among all in the village. The parade consisted of school children and an entire group of elementary school teachers, all wearing green saris; and a small band making more than enough noise. And of course, us lucky few with the banner, following a recording van. Each and everyone walking to the district office a mere 500 meters away, where the meeting took place. Just so you know, I felt a bit embarrassed...

As is usually the case in Bangladesh, the meeting consists of a sequence of monologues of which I understand virtually nothing, since I don’t master the Bengali language. Zobair’s compelling story is the only one that I understand, thanks to the powerpoint slides he has used to explain about the right to water and sanitation, and how DORP tries to share this knowledge with the communities whom they work with. The faces of some of the members of the audience, however, reflect their incomprehension of English. Luckily, the ones who do understand English eventually react approvingly. I talked about the responsibilities of governments – what they should or should not do - now that the UN Declaration on the Right to Water, Sanitation and Hygiene has been signed.

The following day, I notice that the programme and the parade have been reported in several local newspapers – and not without pictures (yes, indeed, I have been immortalized with a silly paper hat and banner…).

Today’s programme includes a field visit to the Health Village Shuani Samaj in the southern part of the district Laxmipur, near the coast. I am definitely looking forward to what the day will bring.

1 Both ENDS is theme partner (on the Right to Water and Sanitation) within the WASH programme of the Dutch WASH Alliance. DORP is the executive partner of Both ENDS in Bangladesh 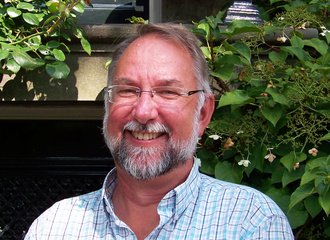