Home
>
What's new
>
Blogs
>
Now is the time! Investing in a socially just and sustainable society

Now is the time! Investing in a socially just and sustainable society

After Dutch Minister of Finance Wopke Hoekstra had brought the fury of the Southern European countries down on his head on 26 March by blocking the European emergency fund, the Dutch were suddenly 'small-minded and selfish‘ (Parool) and we should ‘go on holiday somewhere else‘ (RTL News). The tone was set. The difficulties encountered in making agreements on support at European level contrast sharply with the speed with which the welcome support measures for employers, entrepreneurs and companies had been announced in the Netherlands two weeks earlier. We have learned nothing from our own past, while everyone benefits from greater priority for solidarity.

No one denies that it is necessary to relieve short-term need in the Netherlands. But anyone who takes action here but refuses to take responsibility for people beyond our borders is not displaying good leadership. After much bickering, there is now a package of joint EU measures to tackle the immediate economic consequences of the COVID-19 outbreak. Or perhaps not? EU member states may be able to make unconditional use of the emergency fund to medical costs, but economic support is only provided in exchange for economic reforms.

That is reminiscent of the 1990s, when the World Bank and the IMF provided financial support to developing countries on condition they introduced far-reaching economic adjustment measures. That policy had the opposite effect: not only were countries hampered in their development, they also accumulated debts that they cannot pay off. Despite this experience, in 2012– with the enthusiastic approval of the Netherlands – Europe demanded exactly the same from Greece, and with practically the same consequences. How different that is at home: to keep the Dutch economy up and running, companies are given additional support with hardly any conditions being imposed, while this is a perfect opportunity to ensure that these funds are used in a way that is sustainable and socially just.

Satisfying urgent needs in our own country must go hand in hand with a medium-to-long term vision of the future of the Netherlands, Europe and the world. If we keep providing support without learning the lessons of the past, the global economy will grind to a halt and recession will become a reality. Millions of people now face immediate danger because of the virus and are losing their jobs and their livelihoods. That is in no one’s interest, including the Netherlands. As a small country with an open economy, we are dependent on what happens around us.

The good news is that we can do things differently. The crisis offers opportunities to build a new world based not on financial gain but on solidarity. A first step in the right direction is to announce a moratorium on debt. A second is to scrap the counter-productive and obsolete austerity requirements on which financial support is conditional.

It takes courage and leadership to work towards such a future, but let us do what is really necessary.Work on mutual trust between countries. Be aware that we are all part of a world on which we ourselves are dependent. Let us now, while it is possible and urgently necessary, give the world a push in the right direction by making extra investments in socially just and ecologically sustainable societies. 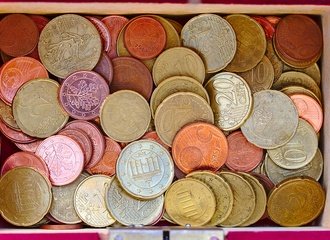