Today the Netherlands is celebrating freedom. Our freedom goes further than living in peace. We have the freedom to discuss policy to our hearts’ content on, for example, ending the lockdown on television, in the press and on social media. We can do that freely because we know that our rights to freedom of expression are well protected. But how different that is in countries where authoritarian leaders are grasping the crisis as an excuse to throw these rights out with the trash and rule with an iron hand.

The Netherlands is a well functioning constitutional state. In times like these, when our lives have been turned upside down and the government is making decisions that affect us on a day-to-day basis, we trust that our leaders will not abuse that situation and violate our fundamental rights. Thanks to that basic belief we can conduct a forceful democratic debate – on group immunity, on whether to close schools and on the desirability of a Corona app.

For many people around the world, daily reality is completely different; we hear heart-rending stories about the increasing erosion of people’s freedom to express their own opinions. Under the guise of crisis measures, the debate is silenced so that new policy can be freely implemented against the will of the majority. Some governments and regimes are also taking the opportunity offered by the crisis to make life extremely difficult for their opponents.

In Indonesia, for example, the controversial Omnibus Law is on the point of being approved. The law will relax the rules for foreign investments in, for instance, the palm oil and fossil sectors, making environmental and social impact assessments no longer compulsory. The law is an enormous step in the wrong direction. It further increases the threat against indigenous peoples and to the rainforest. And it is a slap in the face for the rest of the population, who benefit little from large-scale infrastructural projects and want a different kind of development.

In Bangladesh, the Cyber Crime Department of the police has announced that, during the crisis, it is conducting surveillance of all social media, including Facebook and WhatsApp; a number of journalists have already been arrested in a short time. The Philippine army sees environmental and emergency aid organisations as enemies of the state, placing their members’ lives at risk.

These threats are not new, and activists are not allowing themselves to be silenced. Philippine organisations are working together in solidarity to protect the health of their staff. They are organising 'farm-to-table' programmes in which farmers’ and fishers’ cooperatives share food and are speeding up the implementation of community gardens and urban agricultural projects.

The Corona crisis is making it clear how interdependent the world is. Today, the Netherlands is celebrating freedom. We have economic and diplomatic relations that we can and must make use of to achieve freedom for people everywhere, for example by only developing trade activities that respect environmental and human rights. We have more international influence than we think. Prime minister Rutte and Foreign Affairs ministers Blok and Kaag, the opportunity is there, are you going to take it? 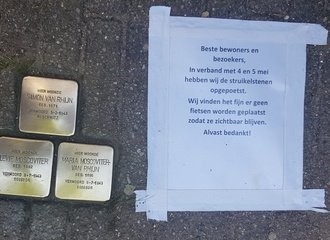