With our Wetlands without Borders program, we work towards environmentally sustainable and socially responsible governance of the wetlands system of the La Plata Basin in South America.

The wetlands system of the Paraguay and Parana rivers - the La Plata Basin - is the largest freshwater wetland in the world. It extends for more than 3,400 km from north to south, covering an area of approximately 400,000 square kilometers in 5 countries (Argentina, Bolivia, Brazil, Paraguay and Uruguay) with varying climate zones, tropical, subtropical and moderate. The wetlands system has a regulating role in the low or rising water levels of the rivers of the system, it is a supplier of fresh water for human consumption and irrigation for agriculture, provides food for the approximately 160 million people living along its margins and plays a crucial role in continental and global climate control and local adaptation strategies.

For decades, the La Plata Basin has been threatened by decades of economic development mainly based on large-scale agriculture (soy), mining and forestry. In order to stimulate these activities, there has been a push by governments for large infrastructural projects, like hydropower dams, the Hidrovía Paraguay-Paraná (HPP, a canal crossing the wetlands), highways, railroads and harbor development. Massive deforestation, land conversion and water pollution also threaten the livelihoods of millions of small-scale farmers and fishermen who depend on the forests and rivers to make a living.

Civil society in the region has played a significant role in protecting the basin's communities and ecology. Since more than three decades, a large number of local organisations have cooperated to build awareness on environmental questions and have effectively pushed for laws, rules and regulations that form the basis of effective and inclusive environmental governance of the basin. This strong civil society movement managed to prevent the Hidrovía Paraguay-Paraná (HPP) when the plan was first launched in the 1990s.

Now that plans for the HPP have resurfaced, in addition to various hydropower dams and an ongoing expansion of large-scale agriculture, cattle breeding, mining and forestry, action by a strong civil society is needed more than ever. However, the political situation in some of the countries is worrying and the space for civil society to act is shrinking. Brazil is the country where most Human Rights Defenders are being killed. In Bolivia CSOs that are involved in actions that are not in line with government policies, are likely to be shut down by the authorities. All countries have in common that local communities rarely are involved in decision-making processes.

The Wetlands without Borders Programme

The Wetlands without Borders programme is designed by a coalition of 7 organisations from the La Plata Basin (CAUCE, CODES, Escola de Ativismo, FARN, Instituto GAIA, Probioma, Sobrevivencia) and Both ENDS. We build upon the already existing civil society networks to once again protect the La Plata Basin from immediate threats. An added value of the Wetlands without Borders program is that we will not only fight these unsustainable developments, but also offer alternatives for inclusive natural resource governance and sustainable economic development of the region.

The Paraguay Paraná River is a major transport route for shipment of raw materials produced in the region. In order to make the river suitable for more and bigger ships throughout the year, the 'Hidrovía Paraguay-Paraná' (HPP; a 'Hidrovía' is a water 'highway') was planned in the 1990s. This regional plan comprises several interventions in the river, varying from deepening of the river bottom, rectification of river bends or the removal of rock formations. These interventions will have irreversible consequences for the wetlands system and its communities.

The Wetland without Borders partners therefore aim to prevent the interventions in the Paraguay Paraná River. At the same time, we aim to develop and introduce alternatives to the HPP, such as navigation systems that are adapted to the river.

The Brazilian government is implementing a plan to construct 168 small hydropower dams in the basin of the Alto Paraguay River. About a quarter of them has been constructed already. Every dam will have a huge impact on the downstream areas: they will lead to a loss of fish production, impact the tourism sector, and affect traditional farmers by a change in the seasonal floodings of their lands. Nevertheless no environmental impact studies exist, nor are the local communities informed or involved in any decision-making on these projects.

At the start of the programme, many of the sub-basins are still free of dams, and we want to keep it that way. At the same time, we advocate for a sustainable Basin Plan to be developed, with consultation of local communities.

A special opportunity lies in the ambition of the local governments in the Argentinean Paraná Delta to develop a plan for the Paraná Delta which conserves biodiversity but at the same time allows economic activities. Our program partners will advocate for the development and implementation of a strong and sustainable Delta plan and make sure it is being discussed at all government levels and with all stakeholders. In addition, we will inform and empower civil society in order to enable them to actively participate in key decision-making processes. The voices of the residents of the Paraná Delta have to be heard in the development of the Delta plan.

In this context, we will also take a closer look at the Dutch-Argentine cooperation in the field of water management, which will also affect the Paraná Delta.

One of the sustainable alternatives we want to promote is agro-ecology, a sustainable production system that strengthens and promotes water conservation, sustainable use of natural resources and the preservation of local knowledge. We see agro-ecology as an important method of adaptation to climate change and as an alternative that can halt deforestation caused by, for example, expansion of soy and cattle farms.

Therefore, our local partners will promote the method amongst producers and train them, whilst at the same time advocate for the inclusion of agro-ecology in the spatial and economic development plans of local and national governments.

In La Plata Basin, the original ecosystems (jungles, savannahs, grasslands and wetlands) are fragmented into islands that are not connected and can no longer fulfil their biological and cultural functions. These ecosystem islands today can mainly be found in protected areas, indigenous lands, some peasant communities and some private properties.

To reconnect these islands, the Wetlands without Borders program envisions the creation of biocultural corridors. The idea of biocultural corridors proposes the restoration of waterbodies (small streams, rivers, lakes, springs) that flow towards the wetlands system of La Plata Basin and to the Alto Paraná River. The restored corridors, once implemented, will recover the connection between the ecosystem pockets and therefore restore and strengthen their biological and cultural functions. We aim to promote the idea of biocultural corridors, have it recognized as a solution for the preservation and restoration of ecosystems and included in government spatial and economic development plans. 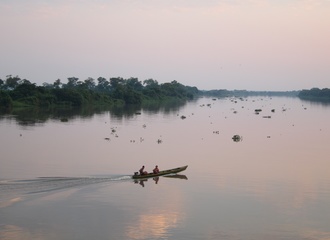 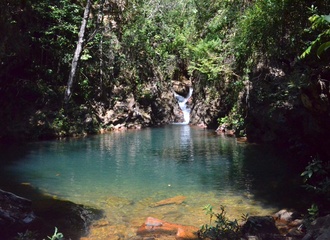 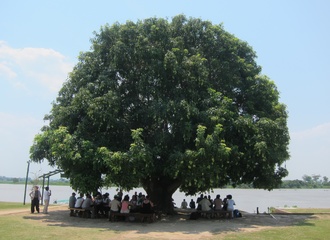 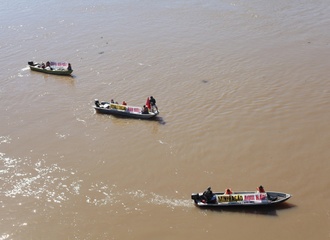 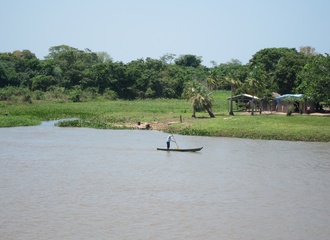 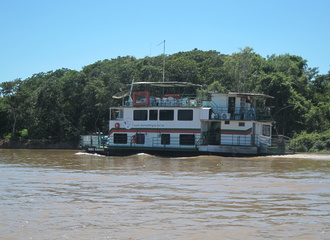 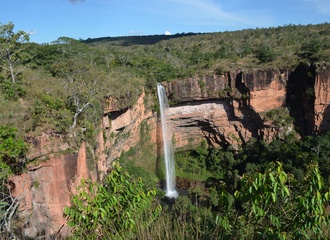