"How many layers of clothing are you wearing? One? No, that's not enough. You should wear your ski pants over your jeans, and change your shoes for snowboots." And there you are, on day 1 of your trip to Mongolia. I had already heard that Mongolia is very cold at the end of November, and with -22 degrees that seemed to be all true.

At Both ENDS I work on the 'Global Alliance for Green and Gender Action' (GAGGA) program, which aims to create synergy between environmental and women's movements. In this context I visited our partners OT Watch (a national environmental NGO) and MONES (a national women's fund) and spoke with various grassroots women's organisations.

The country has a population of around three million, half of which resides in the capital Ulaanbaatar. The other half is spread out through the country and mostly nomadic. To compare Mongolia to the Netherlands: the latter fits about 37 times in the former; the vastness of the country is incredible. In the South, one finds the Gobi desert, while the North and West are cold and mountainous. Large parts of the country is steppe. The northern part has most lakes and rivers, you will only find a few in the South. The soil contains large amounts of minerals and therefore mining, next to agriculture, is an important source of income.

A number of rivers have dried up due to climate change. As mining requires large amounts of water each day, rivers further away are being drained or diverted (and polluted). A complicating factor is that several parliamentarians or their family members have shares in mining companies, as a result of which the parliament may not always act decisively. Corruption is not uncommon. West of Ulaanbaatar there are three large power plants, contributing to the large amounts of smog. But so is the Ger district, which is not connected to the central energy grid. Here, people burn coal inside their houses to keep warm, which causes many health problems. People from the NGO 'Moms and Dads against Smog' told me that the amount of smog is five times as large as in Beijing.

Smog affects everyone living in it, but women are hit harder by it than men. The winter season lasts six long months, so heating (and therefore burning coal) is required for six months. During this period the smog is worse and the number of stillbirths and miscarriages is three times higher than in summer. In addition, it is usually the women who take leave of absence or cannot work at all, to care for sick children or the elderly: smog-related diseases such as pneumonia are not unusual.

Together with OT Watch I visited Baganuur, a small city next to a coalmine, and we spoke to a few members of the local women's alliance. They told us about the possible expansion of the mine and the construction of a power plant next to it. They are – and with good reason - afraid that the large influx of (male) labor migrants might cause all kinds of violations of women's rights. Unfortunately, previous examples have shown that there is a chance of an increase in (sexual) violence against women and prostitution. The women also worry about the lack of information about these projects that can have a major impact on their lives.

Through GAGGA we support the Mongolian women's Fund MONES, a 'small grants fund' which provides small amounts of money to local grassroots-organisations that stand up for women's rights and environmental justice. I was very impressed with the large positive impact small grants can provide to local people. For example, the 'Mongolian Women's Employment Support Federation' focuses on people living on / around one of the garbage dumps of Ulaanbaatar. These people search for food and products that can be returned / recycled. Basic needs such as water, electricity, heating are lacking, there is little access to information and many of the people living there are undocumented. Some get traumatised by what they find: it happens that stillborn fetus are put in a rubbish bag and end up on the garbage dump. Mongolian Women's Employment Support Federation informs these people about their rights, helps them with training and speaks with companies involved, in hopes that some people can be employed by them.

When I spoke to employees of 'Moms and Dads against Smog', another small local organisation, I realised how much organisations like these get done with very few resources. Especially, considering that this organisation was only established in January 2017, after a concerned mom sent out a Facebook-message about the smog in Ulaanbaatar. This message (with a little help from MONES) led to a protest of about 2000 people on the largest square of Ulaanbaatar, when it was minus 20 degrees Celsius. The protest was widely picked up by national media and the NGO was allowed to speak during a meeting on air pollution with, among others, the prime minister and the minister of environment. The organisation is now trying to persuade the government to invest more in health care and to properly implement and monitor the national air pollution program.

Although I sometimes heard heartbreaking stories, these kind of positive stories gave me new courage and inspiration. MONES will continue to work on joint projects between women and environmental groups in 2018, knowledge and capacity building and Both ENDS will of course continue to support this in all possible ways. 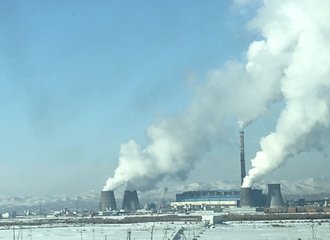 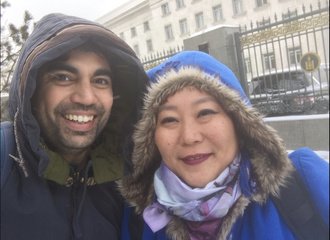 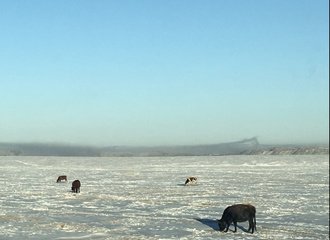