Coal financing deal has more holes than a sieve

After nearly two years of discussions, the Organisation of Economic Cooperation and Development (OECD) member countries have reached an agreement on reducing their support to some coal plants through their export credit agencies (ECAs). The agreement comes a day after the G20 has reiterated its willingness to reduce inefficient fossil fuel subsidies and only 12 days before the start of COP21, the climate change conference. The agreement, which takes effect in 2017, still allows the most efficient “ultra-supercritical” plants, and less efficient plants in the very poorest countries.

Together with other members of the ECA-watch network, Niels Hazekamp went to the OECD meeting to advocate for a total phase out of coal plants. In his opinion, the recent agreement will not solve the climate crisis.

“Both ENDS is aware that the new rules are a compromise and that some parties consider them a major step forwards. But we can only be deeply disappointed about this outcome after such a long period of negotiations. Instead of putting an end to Export Credit Agencies officially supporting the exports of coal fired power plants, the new rules might boost a whole new generation of coal fired plants. This is the opposite of what we hoped to achieve.”

“The new rules will not completely ban official support for coal fired power plants. We are happy that some countries followed ECA-watch and called for a complete phase out of ECA supported finance for coal, but they clearly lost. ECAs provide massive support to business practices that are very harmful to the global climate and society at large, but still don’t acknowledge their responsibility.”

Coal combustion has no future

“According to the International Energy Agency, in order to keep global temperature rise below 2 degrees Celsius, new coal power plants as well as at least two thirds of the existing stock should be closed by 2035. Climate scientists are very clear about the fact that coal combustion has no future at all and that a phase out of coal and other fossil fuels is absolutely necessary, sooner rather than later. ECAs can contribute to this process by phasing out access to public finance for all fossil fuel related activities, to begin with coal.”

Rules do not apply to all export credit support

“Another concern we have as Both ENDS and ECA-watch is that the new rules, which will come into effect in January 2017, only apply to export credit support provided under this so-called Arrangement. Since ECAs provide substantial support to the coal sector outside this regime, the effectiveness of the new rules may be even more limited in practice. And last but not least the new rules will still have to be discussed within the EU, which will be difficult as it is a controversial subject. What would happen to the agreement if the EU fails to reach a compromise?”

Both ENDS is part of the ECA-watch network.

See also the press release by our partner Friends of the Earth. 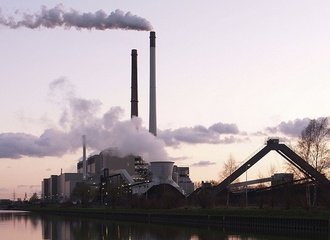