South Korean company POSCO uses violence against the local population and violates human rights in a controversial mining project in India. Dutch pension fund ABP has shares in POSCO and should therefore put pressure on the company to act according to the rules. This is argued by Fair, Green & Global, an alliance of Dutch civil society organizations. The alliance has therefore submitted a complaint about POSCO violating the OECD Guidelines (on corporate social responsibility) for multinational companies.

Steel plant
POSCO is planning to build a major steel plant, a power plant and a private port in the Indian state of Orissa. The plans mean that around 22 thousand people which for generations have been able to provide a living for themselves, will be displaced. Among them are also groups which are legally protected under the Indian Forest Rights Act. POSCO has done far too little research on the impact the proposed project will have on the rights of the local population and the environment. The local population has hardly been informed and consulted and compensation offered, if any, is far from sufficient.

Human Rights Violations
Representatives from pension fund ABP claim there has been a dialogue about the issue with POSCO since 2009, in which the company is urged to take appropriate measures. These dialogues have had little effect so far. The population in the area has been terrorized and intimidated for years: "POSCO has turned a blind eye to human rights violations by the state police of Orissa, by private security guards and by hired gangs," said Prafulla Saman Tara, chairman of Lok Shakti Abhiyan.

Complaint filed in the Netherlands, Norway and Korea
The international coalition of Dutch, Norwegian, Indian and South Korean organizations, has reported the violations to the Dutch National Contact Point for the OECD Guidelines. Also in South Korea and Norway complaints are filed to the National Contact Points. The Norwegian pension fund Government Pension Fund Global, like ABP, has shares in POSCO. The coalition wants the NCPs to mediate, investigate the complaint and pressure POSCO to do good research on the effects of the project, according to the guidelines. Above all, the coalition calls the ABP and the Norwegian GPFG to do all in their power to ensure that POSCO act in accordance with the OECD Guidelines, as this would be in line with their own CSR policy. 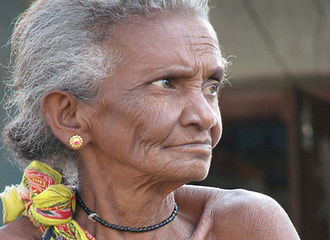