Investment treaties must be inclusive, sustainable and fair. That means that they must not put the interests of companies before those of people and their living environment.

The treaties grant foreign investors far-reaching rights and are increasingly used to exert pressure on governments not to take measures that are not in the investors’ interests. The Investor-to-State-Dispute-Settlement (ISDS) system allows businesses or investors to lodge charges against states beyond the jurisdiction of international courts. ISDS tribunals are not subject to the laws of countries that are charged and only work in one direction: only businesses may submit complaints, without having to do anything to defend themselves.

Dispute settlement beyond the reach of international courts

Through ISDS, foreign investors can oppose a wide range of national government policies and measures, including social and environmental rules. The rulings of an ISDS tribunal are definitive, binding and internationally enforceable. A large proportion (around 60%) of all ISDS cases are brought by companies against poorer countries, and the number of complaints has risen sharply in the past 10-20 years. In the past five years, one new ISDS case has been submitted per week. At the end of 2017, UNCTAD reported that successful complainants received an average of $522 million in compensation. Countries will often decide not to introduce a certain measure rather than face such high penalties, with all the consequences that will have for its people.

Many ISDS claims from the Netherlands

Both ENDS is working to reform and terminate BITs

Both ENDS has long been drawing attention to the negative consequences of investment treaties on developing countries and is particularly concerned about the ISDS mechanisms in the current treaties. To make investment policies fair and sustainable and to ensure that they do not harm people and the environment, the ISDS mechanism included in all these treaties must be removed as soon as possible.

In 2018, the Netherlands is revising the model text of its BITs. As the text will serve as an example for many other European countries, it is important that it is as inclusive and sustainable as possible. Together with Dutch and foreign partners, Both ENDS is providing input for the new text, naturally in the hope that its recommendations are taken up. We are also working with our partners to raise awareness of the consequences of investment treaties and ISDS, with the aim of exerting public pressure on the decision-making process relating to the model text.

Outside the Netherlands, we are also making our concerns and criticisms clear in other institutions, like UNCTAD and the European Parliament. We are supporting local groups in Southern countries in their efforts to terminate existing treaties, so that new investment policies can be developed that put people and the environment first and ensure that investments make a positive contribution to sustainable development. 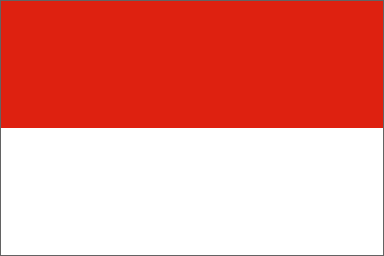