Home
>
Our work
>
The Netherlands and the SDGs: A better world starts with yourself
>
Veel vrouwen in het Zuiden hebben geen zekerheid over hun landrechten

The Netherlands and the SDGs: A better world starts with yourself

In 2015, the member states of the United Nations committed themselves to the ambitious Sustainable Development Goals (SDGs). Unlike their predecessors, the Millennium Development Goals (MDGs), the SDGs recognise the importance of equality within and between countries, of decision-making processes in which all people are included and heard, and of legal systems that are independent and accessible to all.

The SDGs are very clear on the importance of change in all countries of the world. They present an ambitious set of targets in which every country has a role to play. Unlike the MDGs, which largely reflected the traditional development agenda, the SDGs also affect the Netherlands: not only what we do in our own country, but also how our choices affect people and the environment outside our borders. The SDGs are about the broad foreign policy agenda and therefore serve as guiding principles for ministers in a large number of areas, including agriculture, finance, foreign trade and infrastructure & water.

The SDGs are – in theory – universal, but to put this principle into practice, all foreign policy will have to be examined analytically, creatively, and with an open mind. We cannot cherry-pick the goals that suit us best. We can no longer focus on those goals on which we score the highest but which do not require any great changes in our own actions. It is important to identify, with the SDGs in mind, policy fields in which the Netherlands can have a relatively large influence and where we have a substantial impact – negative as well as positive – on people and the environment worldwide.

The SDGs that directly affect the work of Both ENDS' partners in the South, and on which the Netherlands undoubtedly has a great influence, are SDG 5 (gender equality), SDG 13 (climate action), SDG 14 (life below water), SDG 15 (life on land) and SDG 17 (international cooperation).

Gender equality stands or falls with the influence that women have on their own lives. Too often, decisions are made for, but not by, women: about the land they farm, the water sources they depend on, or the coastal areas where they fish. Both ENDS supports women in the South whose environmental rights are violated and brings women's and environmental groups together.

Tax evasion and international trade agreements also mean that governments do not give sectors that are important to women – regional infrastructure, education, health care and security – the attention and resources they deserve. International financial mechanisms like the Green Climate Fund have been set up in such a way that women hardly have access to funding, while facilities exist that do ensure that funds find their way directly to women's groups. Both ENDS challenges the Dutch government to review its policies on trade and taxation, to identify their impact on women and, where necessary, change them.

Climate change is going to impact on everybody, but its effects will be felt most by those in the South who have contributed to it the least and who have the least resources to protect themselves against it. Both ENDS supports the climate adaptation efforts of communities in the South. The Netherlands is a major polluter, and can make a difference by introducing a number of real changes. Both ENDS therefore calls on the Dutch government to speed up the phasing out of its public financial support for the fossil fuel sector. We ask large investors like ABP to stop investing in the fossil sector. At the same time, we are working with partners around the world to make climate funding accessible for local actors.

Coastal areas and oceans are of crucial importance to people who make a living from fishing. Many people living in coastal areas are vulnerable to the effects of climate change. Vital ecosystems, both on the coast and below water, are of great importance for the well-being of people all over the world.

Partly through our world-renowned dredging sector and the Port of Rotterdam, the Netherlands has a substantial impact on SDG 14. Both ENDS is working with local organisations to help ensure that Dutch involvement in coastal development in, for example, Brazil and Indonesia is sustainable.

The Netherlands' environmental footprint is larger than average and can be expected to grow even more. The Dutch economy is so strong because we divert our environmental costs to other countries. A recent study shows that our agricultural sector is the main culprit in this respect.

Both ENDS is actively promoting efforts to make the production of palm oil and soy sustainable, and is working with a large network of Southern partners on alternatives to ensure sustainable land use and the restoration of degraded land.

All countries, their governments, businesses, civil society organisations and citizens will have to work together to achieve the SDGs. That means that citizens and civil society organisations must be able to operate in freedom and safety. Yet, throughout the world, the space for them to do that is shrinking. Both ENDS is working in two partnerships with a large group of organisations at home and abroad to defend that space: the Fair Green and Global Alliance and the Global Alliance for Green and Gender Action.

International cooperation also refers to international trade and sharing prosperity fairly. SDG 17 is not only a call for more money for development cooperation, in line with international agreements, but also to look critically at the role the Netherlands plays in upholding an international trade system built on unequal relations between countries, citizens and businesses. SDG 17 asks the Netherlands to take its responsibility to combat tax evasion. And it inspires us to take a close look at the way in which our development funds can best be deployed to benefit people and the environment worldwide. 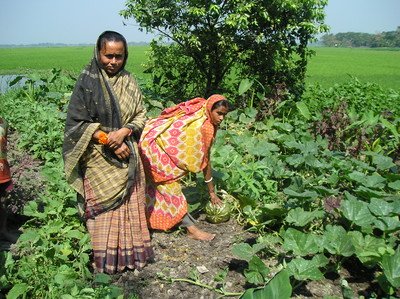